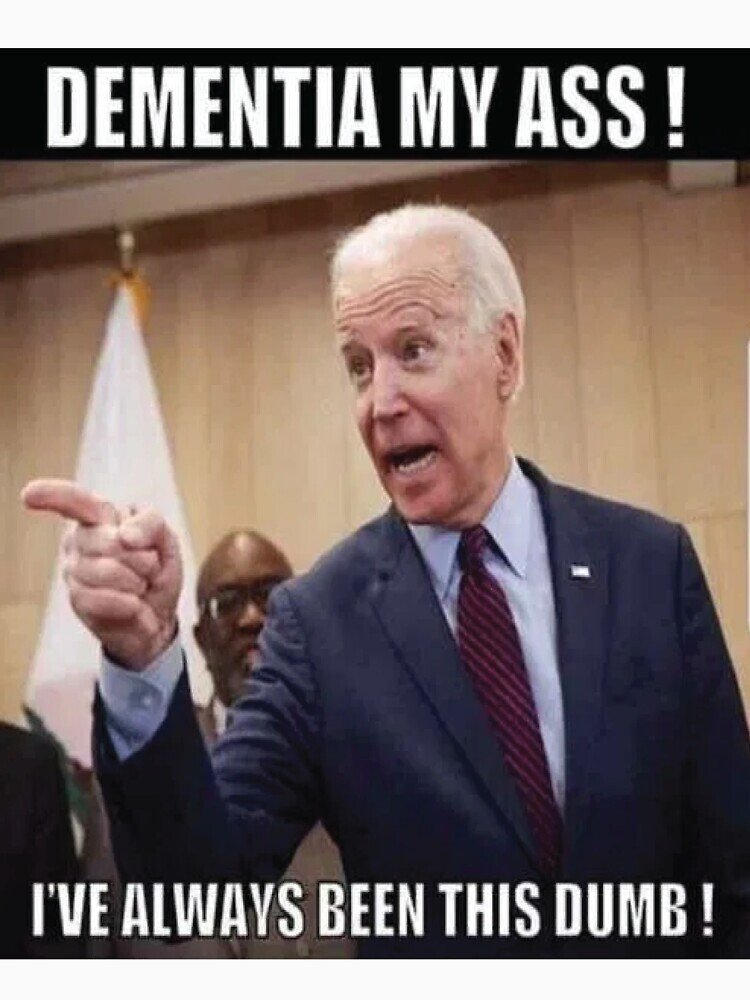 It’s gotten to the point where, when the White House alters the official transcripts of President Joe Biden’s word-jumble gaffes, even they can’t make them look any better.

On Thursday, the president spoke from the White House about the administration’s request to Congress for additional funding to support Ukraine, both for military and humanitarian assistance. This shouldn’t be a hard pitch — but here we are talking about it, so you know things didn’t go smoothly.

(Here at The Western Journal, we’ve been pointing out since the beginning of Biden’s campaign that he’s lost more than a step or two cognitively — and while the rest of the establishment media was ignoring his gaffes or laughing them off, we were cataloging them and noting why, as part of a larger pattern, they should have precluded him from serious consideration as a presidential candidate. We’ll continue to provide America with news and analysis the mainstream press refuses to bring you.

Part of the package that Biden is sending to Congress involves seizing more assets from Russia’s oligarchs and transferring the proceeds to Ukraine. Again, that should be a straightforward thing. Biden made it anything but straightforward. The plan would “enhance our underlying effort to accommodate the Russian oligarchs and make sure we take their, uh, take their ill-begotten gains,” the president said.

Then, there was a strange laugh. “We’re gonna accommodate them,” Biden said again, flashing a tough-guy half-smile. “We’re gonna seize their yachts, their luxury homes and other ill-begotten gains of Putin’s kleptocrack–,” he said, pausing when he realized that word wasn’t going to come out right. After closing his eyes for a bit, he blurted out, “Kleptocracy.”

Then, more weirdness.“Klep– The guys who are in the kleptocracies. Ha, ha, ha,” Biden said, audibly pronouncing his laughs.

The word he was looking for, I believe, was “kleptocrat.” Or, well, who knows? The way it was said, it could be every male living in Russia, since they’re all “guys who are in the kleptocracies.” Maybe that’s what’s going on in the president’s brain. Or maybe it’s just a constant loop of “Yakkity Sax.”

It’s difficult to be certain at this point. On the White House’s official website, they keep a transcript of the president’s remarks on most public occasions. Oh, to be a fly on the wall in that room when they’re doing the transcriptions — since, of course, that mess needs to be published in some official form.

Given Biden’s deteriorating verbal performance, this leads to some, um, interesting choices and alterations regarding what the president actually said and/or meant.

Here’s the official version of Thursday’s remarks, for instance: “In addition to this supplemental funding, I’m also sending to Congress a comprehensive package of — that will enhance our underlying effort to [hold accountable] the Russian oligarchs and make sure we take their — take their ill-begotten gains,” it read. (The strike-through and bracketed words are both theirs.)

“Ha, we’re going to ‘accommodate’ them,” the transcript continues. “We’re going to seize their yachts, their luxury homes, and other ill-begotten gains of Putin’s kleptoc- — yeah — kleptocracy and klep- — the guys who are the kleptocracies. (Laughs.)”

Unfortunately, this isn’t an uncommon pattern with the White House’s transcriptions of Biden’s remarks.

Late last month, for instance, Biden was making a speech touting actions he was taking in an effort to lower gas prices. But, of course, he couldn’t do that without pushing alternative energy hard — and by the sound of his remarks, having a green home could save you an insane amount of cash.

“If your home is powered by safer, cheaper, cleaner electricity, like solar or heat pumps, you can save about $500 a month on average,” Biden said.

Of course, that’s not true, though — so, on the transcript page, the team crossed out “month” and put “year” in brackets.

However, that change is more forgivable and understandable, inasmuch as one can confuse “month” and “year” much more easily than “accommodate” and “hold accountable.” The first two are measures of time. The second two are near-antonyms.

This time, the editor’s pen came out in the midst of an incoherent word jumble by the president — one that isn’t attributable to a “childhood stutter,” as Biden’s most fervid defenders love to claim, but by the diminishing returns of age — and served to make it semi-coherent. There’s a difference between fixing mistakes and changing or creating context; this clearly falls into the latter category.

And even then, Biden’s transcription team could barely make sense out of this. This is the man who’s supposed to be leading us until at least January of 2025, remember. Imagine what the corrections on the transcripts page will look like by then.

2020 Election Biden administration Biden gaffes Joe Biden Russia White House
China, Mexico and US Trade. How the United States, Canada and Mexico are now the largest blocks in the world!
How Two Countries face a Trade War
Guns and Crime While Democrats scream ‘abolish ICE,’ child sex trafficker Claudius English convicted thanks to ICE
Anyone posting a threat especially against a law enforcement officer or politician will be banned.