Please come to Ohio and bring plenty of Red with you. Despite Inflation Turmoil, Border Crisis, Biden and Harris Hit the Road to Campaign for Democrats. 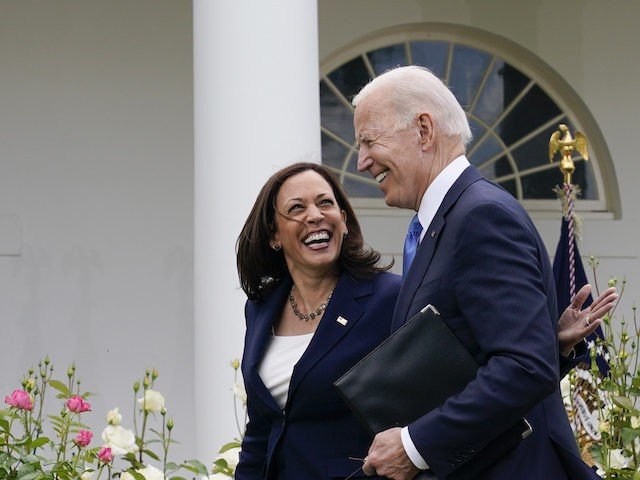 Please come to Ohio and bring plenty of Red with you. Despite Inflation Turmoil, Border Crisis, Biden and Harris Hit the Road to Campaign for Democrats. Inflation across the nation and an open border with Mexico are pressing issues facing the country, but President Joe Biden and Vice President Kamala Harris are taking time to hit the campaign trail to support fellow Democrats.

Biden will make his first in-person campaign event on Friday evening when he will join Democrat Virginia gubernatorial candidate Terry McAuliffe for a rally in Arlington, Virginia. According to ABC News, McAuliffe hopes supporting the Biden agenda will get him a second stay in the governor’s mansion.

The White House is pushing simple framing around the Biden agenda — “more jobs,” “tax cuts” and “lower costs,” per a messaging document obtained by ABC News — that belies concerns about all three of those items and more. It’s not clear, after another topsy-turvy, week, whether Biden’s political prescription will move major legislative action — or whether his leadership style will continue to make the right kind of progress against COVID-19. But if Democrats hope to run on Bidenism in the midterms, it will get its first tests before the calendar turns.

CNN reported campaigning is a priority for the Biden Administration:

“The President’s time is one of the most valuable commodities that a (White House) has,” one White House official told CNN. “Where he is spending that time is an indication of what we see as the strength of our argument with the American people.” Meanwhile, Vice President Kamala Harris, who was tasked by the Biden to push for increased vaccination rates and solve the “root causes” of illegal immigration, will take time off to campaign in California for Gavin Newsom ahead of a recall election to oust him from office in September.

Biden and Harris campaign appearances to promote Democrats will continue for months leading up to the mid-term election when the GOP hopes their campaign efforts will lead to taking back the House and the Senate.

I can only hope and pray that they come to Ohio. Let the whole state see how Tim Ryan ( running for Portman's Senate seat. ) has aligned himself with the two progressive loons. Oh and bring plenty of Dago Red. Tim's favorite.

Biden Harris Ignoring the countries problems
China, Mexico and US Trade. How the United States, Canada and Mexico are now the largest blocks in the world!
How Two Countries face a Trade War
Guns and Crime While Democrats scream ‘abolish ICE,’ child sex trafficker Claudius English convicted thanks to ICE