How do you know when you are on target? 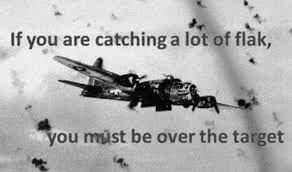 One answer is that Big Tech will censor you. For
example, Twitter censored a SITTING president. Google,
YouTube, and Facebook were all caught shadow banning
certain people (all on the conservative side of the
spectrum) and manipulating their search algorithms to
hide stories and/or people they wanted cancelled.

Facebook claimed that its “fact-checkers” were
unbiased and above reproach – until they stupidly
admitted in court documents that those “fact checks”
were “merely opinions” of the person(s) writing them in a
pathetic attempt to try to stave off a big libel suit.

On  1/2/22 Twitter banned Congresswoman
Marjorie Taylor Greene. Congresswoman Greene was
smarter than many of her colleagues because she
created an account on Gab over a year ago and built up a tremendous following there. Her ban from Twitter should
come as no surprise. Once Twitter crossed the rubicon
and banned a sitting President there was nothing
stopping them from banning each and every Republican
from the platform without thinking twice.

And late last week Twitter also banned Doctor Robert
Malone. After this Twitter ban he appeared on the Joe
Rogan show and discussed something called mass
formation psychosis to explain why millions of people
are sheepishly going along with whatever the tyrants in
the Regime say. Millions of people started searching
this term on Google, at which point Google started
altering and censoring search results for the term.
Finally, the interview itself has been scrubbed from
YouTube.

With many distracted by New Year’s celebrations
Silicon Valley is working overtime on the behalf of the
Regime to ramp up censorship ahead of the 2022 election
cycle. The Regime puppets on both the left and the right
know their power is in trouble. They will continue to
silence any true America First candidates who seek to
represent The People. It’s well beyond time to wake up
and stop using these platforms before they force you to do so.

Bulls Eye On Target
China, Mexico and US Trade. How the United States, Canada and Mexico are now the largest blocks in the world!
How Two Countries face a Trade War
Guns and Crime While Democrats scream ‘abolish ICE,’ child sex trafficker Claudius English convicted thanks to ICE
Anyone posting a threat especially against a law enforcement officer or politician will be banned.