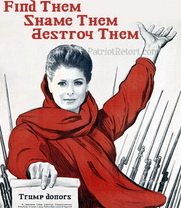 Hasan Piker, Young Turks host and nephew of Cenk Uger, has been taking heat since Wednesday for saying castigating the United States deserved the 9/11 terrorist attacks. He also mocked the injuries Texas Rep. Dan Crenshaw received while serving in Afghanistan.

Crenshaw appeared on Joe Rogan’s podcast The Joe Rogan Experience this week for a two and a half-hour discussion. The podcast has since accrued 1.3 million views since it became available to the public.

The appearance on the show, while a fun surprise, isn’t huge news. Presidential candidates Bernie Sanders, Andrew Yang, and Tulsi Gabbard have made appearances on his show. Almost every tech-literate politician, pundit, or social media influencer will likely end up on his show eventually.

Crenshaw’s appearance perturbed the young host at The Young Turks enough to do a live commentary over the podcast on Twitch. It has gone viral and accrued a backlash due to some unpleasant comments against Representative Crenshaw.

As reported by The Daily Wire,

“This guy has the understanding of foreign policy of, like, a 12-year-old. What the f***. What the f*** is wrong with this dude? Didn’t he go to war and like literally lose his eye because some mujahideen — a brave f***ing soldier — f***ed his eye hole with their d***?” Piker said, during a Twitch livestream on Tuesday night.

Hasan Piker of the Young Turks:

Since the rant has gone viral, Hasan has only doubled down on his statements regarding 9/11 and Dan Crenshaw, additionally throwing in rants accusing Rep. Crenshaw of benefitting from gerrymandering for good measure.

americas foreign policy decisions has lead to 911. this would’ve been a controversial thing to say in 2001. stop being a fucking idiot.

we supplied arms to and trained bin laden. we destabilized the region long before 911. and now we’re stuck in perpetual war, which dan crenshaw was trying to justify in that clip. it’s exactly this kind of attitude that has sent thousands of young men and women overseas to die.

i don't think anyone deserves extra respect when they advocate for senseless wars that send thousands of our young men and women overseas for the profits of the military industrial complex. would love for you to change my mind on this https://t.co/TcybkDH2KE

Let’s set aside the fact that gerrymandering is a bi-partisan sin that the left is rather cynically accusing the right of benefitting from at the moment (I live in Illinois, we’re extremely gerrymandered and we definitely aren’t a red state). It’s one thing to criticize American involvement in the Middle East as many on both sides have done. It’s another to state unrepentantly that the death of 3,000 American civilians was justified or deserved.

Some vocal conservatives on the right have gone as far as to call for Hasan to be fired from The Young Turks. While I don’t suspect his network will succumb to the demand (they’re extremely far-left and likely agree with much of his analysis), his firing shouldn’t be encouraged. Conservatives shouldn’t join the dogpile that is Cancel Culture that has affected so many on our side. Hasan’s well within his rights to be loud, furious, and asinine.

As is his tendency, Rep. Crenshaw remains the better man. He offered a cool-headed and unscathed jab at Hasan for his comments.

Vitrol Anti American Young Turks
China, Mexico and US Trade. How the United States, Canada and Mexico are now the largest blocks in the world!
How Two Countries face a Trade War
Guns and Crime While Democrats scream ‘abolish ICE,’ child sex trafficker Claudius English convicted thanks to ICE
google-site-verification=KpGtpXKDA2lZfsWu61z2TxKFTbuCKHQ7iDRfHNgz97s