Yes, You Heard That Right. MSNBC Just Tossed Out A Conspiracy Theory About Jeffrey Epstein's Death 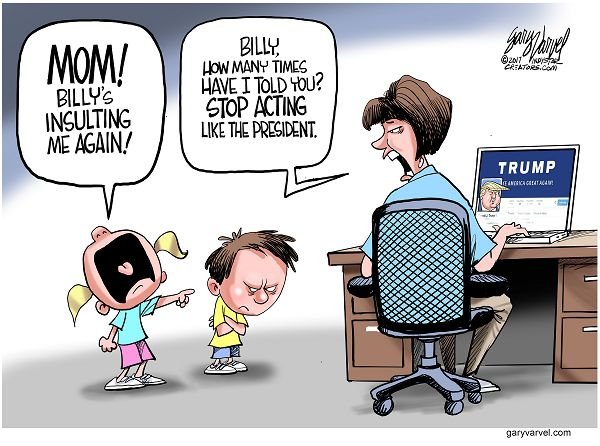 Is MSNBC no different from InfoWars, the site that runs on conspiracy theories? Well, today, they’re certainly no daylight between them. This morning news about Jeffrey Epstein’s suicide dominated the headlines. The former billionaire hedge fund manager with ties to some of the world’s most powerful and connected people was found dead in his cell, despite being put on suicide watch for the past two weeks after he failed in his first attempt. Reportedly, he was taken off suicide watch hours before he killed himself. Yes, there are a lot of questions; Attorney General William Barr has already ordered the FBI and the DOJ inspector general to look into how Epstein died while under federal custody. And alas, that brings us to MSNBC host Joy Reid who alleges that Barr could be behind the death of Epstein, while other MSNBC guests and hosts inferred Russia. Put down the crack pipe, everyone

Her colleague, Joe Scarborough, said Russia is behind the death.

Another MSNBC personality, John Heilemann, favorably quoted tweets from the producer of the Showtime series, “Billionaires,” Brian Koppelman, who suggested Epstein’s death shows how closely connected the United States is with Russia.

On “AM Joy,” Reid repeatedly suggested Barr could be tied to Epstein’s death.

Also, Reid should know better. She’s dabbled in these nutty waters before, especially when she was exposed for publishing past homophobic and anti-Semitic posts. By the Left’s standards, she should have been canceled a long time ago. Oh, and let’s not forget Reid’s trashing on the late John McCain and pushing some 9/11 truther nonsense. Her defense: she was…hacked.  There’s no evidence of that, plus time travel would have to be included in the mix to make that theory work. Even CNN at the time has trouble taking this whole defense seriously. It was a shoddy defense and she knew it; she eventually apologized. Yet, she’s not alone.

Here we go
China, Mexico and US Trade. How the United States, Canada and Mexico are now the largest blocks in the world!
How Two Countries face a Trade War
Guns and Crime While Democrats scream ‘abolish ICE,’ child sex trafficker Claudius English convicted thanks to ICE
google-site-verification=KpGtpXKDA2lZfsWu61z2TxKFTbuCKHQ7iDRfHNgz97s