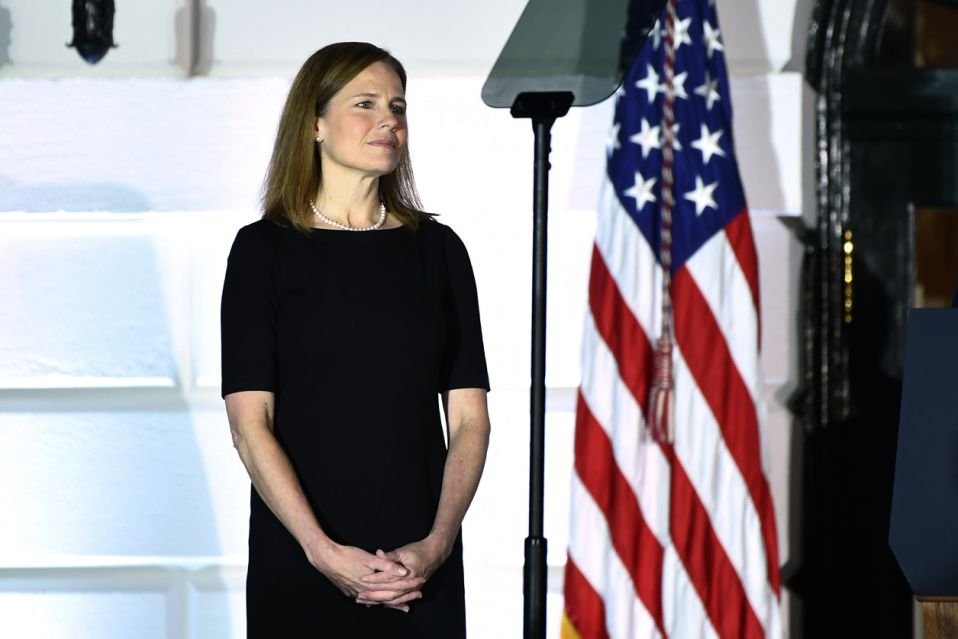 “Congratulations Amy Coney Barrett on becoming the 5th woman appointed to the Supreme Court since its inception in 1789,” the since-deleted tweet read alongside an image of Barrett and the four other justices who came before her: Sandra Day O’Connor, Ruth Bader Ginsburg, Sonia Sotomayor and Elena Kagan. Instead of celebratory responses, however, the Girl Scouts’ message was met with replies from critics saying Barrett’s conservative views were at odds with the organization’s message of girl power.

So after the hate mongers showed up, the tweet was taken down. Here's the Girl Scouts response.

The Girl Scouts clarified that it was “not our intent” for the tweet to be viewed as a “political and partisan statement,” explaining that it is a “nonpolitical, nonpartisan organization.” A Girl Scouts USA spokesperson elaborated in a statement to Yahoo Life.

“We have a legacy of highlighting women who have risen to the top of their fields including leaders of both political parties and our judicial branch. It was in this tradition that we congratulated Justice Barrett (as we have for Justices Kagan, Sotomayor, Ginsburg and O’Connor),” the spokesperson said. “This has been construed to be a political statement, but that was not our intention and we removed the post to minimize the negative conversation. For over 100 years we have and will continue to work for equality and to break down barriers for girls everywhere and support increasing the presence of women across all levels of government.”

They should have told the women of hate where to go.

Girl Scouts Barrett
China, Mexico and US Trade. How the United States, Canada and Mexico are now the largest blocks in the world!
How Two Countries face a Trade War
Guns and Crime While Democrats scream ‘abolish ICE,’ child sex trafficker Claudius English convicted thanks to ICE
google-site-verification=KpGtpXKDA2lZfsWu61z2TxKFTbuCKHQ7iDRfHNgz97s