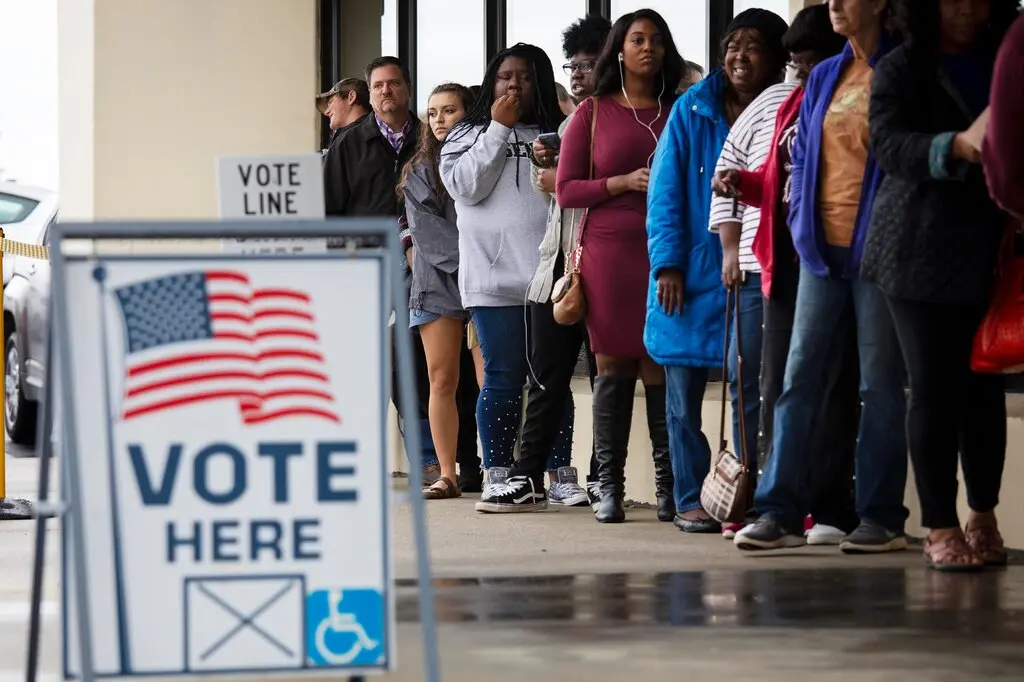 A group associated with Stacey Abrams tried to pull the same tricks that were done in 2020. Not this time. The claim was that part of the law that was already ruled Constitutional violated Folks Civil Rights.

U.S. District Court Judge Steven Jones ruled against all the claims brought by Fair Fight Action, which had challenged Georgia’s absentee ballot provisions, oversight of voter rolls and the state’s “exact match” law, which mandates that a voter’s name on their voter application be identical to their government identification, even in the case of hyphens or accent marks. A majority of the voter applications flagged for inconsistencies in 2018 belonged to voters of color, according to an investigation by The Associated Press.

“Although Georgia’s election system is not perfect, the challenged practices violate neither the constitution nor the Voting Rights Act,” Judge Jones wrote in his 288-page order. The judge, who was nominated by President Barack Obama, added that the “burden on voters is relatively low” and that Fair Fight Action did not provide “direct evidence of a voter who was unable to vote, experienced longer wait times, was confused about voter registration status.”

Winning Obama judge gets it right.
China, Mexico and US Trade. How the United States, Canada and Mexico are now the largest blocks in the world!
How Two Countries face a Trade War
Guns and Crime While Democrats scream ‘abolish ICE,’ child sex trafficker Claudius English convicted thanks to ICE
Anyone posting a threat especially against a law enforcement officer or politician will be banned.