Who's next? Russia? China? Stop the bailouts. 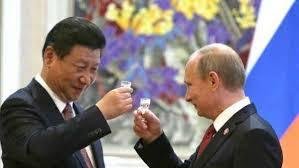 Who's next? Russia? China? Stop the bailouts. This is getting crazy. Now the states and unions want their bailouts. Let's step back and take a look at what's been spent so far. Where does it stop? You have Pelosi sucking down Ice Cream and coming up with so much garbage.

Come this summer the left will attack Trump and the Republicans for spending money like a bunch of drunk sailors. This virus thing has become the number one excuse for creating a socialist state without electing any socialists.