Who Are The Real COVID Vaccine Refuseniks? Hint: It’s Not What You’ve Been Told. 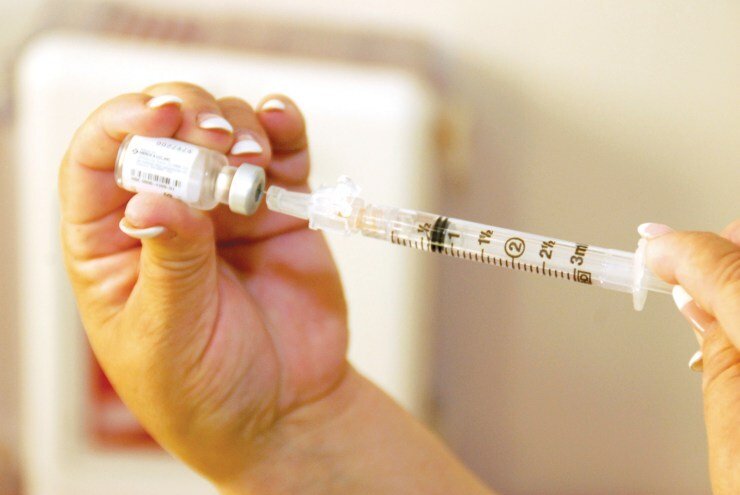 Who Are The Real COVID Vaccine Refuseniks? Hint: It’s Not What You’ve Been Told. Yes the MSM and the white progressives have been screaming that it's the Trump white conservatives. And even one loon is screaming that if vaccinated, you will have the miracle cure. But as you will see, it's mostly the left.

The Biden administration, stung by missing its vaccine targets and the rising COVID-19 cases, has decided to blame Republicans. That’s not surprising. But it’s traditionally Democratic groups – minorities and the young – who aren’t getting vaccinated, and it’s leftists who are the most influential anti-vaxxers on the planet.

As Politico reported recently, “the Biden administration is casting conservative opponents of its COVID-19 vaccine campaign as dangerous and extreme.”

The administration points to state immunization rates as proof that anti-vaxxers on the right are to blame for the problem. “State vaccine rates fall along red, blue divide,” is how The Hill reported it.

But wait a minute. The states with low vaccination rates also tend to have larger minority populations. And blacks are the least likely racial or ethnic group to have been vaccinated, with Hispanics the second least likely, according to the Kaiser Family Foundation. 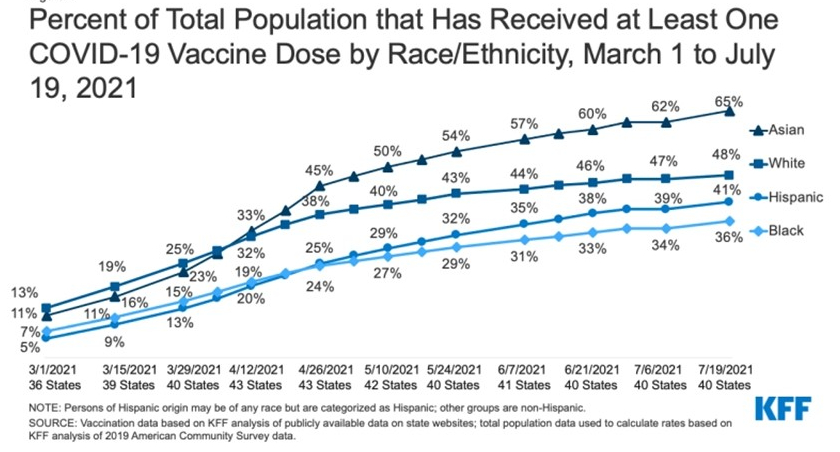 In fact, six of the 10 states with the lowest vaccination rates have larger-than-average black populations.

Still more evidence that Republicans are not entirely, or even mostly, to blame for low vaccine rates: A recent Monmouth poll found that blacks and other minorities are much less likely to report having gotten a shot. The poll found that 70% of whites say they’ve received at least one dose, but only 59% of those in minority groups. (Among Republicans, the share saying they’ve gotten a shot is 60%, among independents, it’s 59%).

This isn’t because of a lack of availability – as some have speculated. At least some of the disparity is the result of different levels of vaccine “hesitancy.”

The Monmouth poll found, for example, that 26% of whites say they likely will never get a COVID shot or plan to “see how it goes” before getting one. But 37% of the minorities feel this way.

Minorities are also more likely to say that the decrease in COVID cases is the result of the disease running its course (62% say this accounts for most of some of the decline), compared with 50% of white

Then there’s this: The “dirty dozen” of anti-COVID vaccine influencers compiled by one research group is made up of people such as:  a Nation of Islam member, a regular columnist at the left-wing Huffington Post, the head of the Urban Global Health Alliance, a “holistic psychiatrist,” a former owner of an organic farm, several alternative medicine quacks, and long-time anti-vaxxers including … John F. Kennedy Jr.

Not exactly a bunch of right-wing Trump supporters. In fact, some in this “dirty dozen” have targeted the black community with anti-vax messages.

There’s another group that isn’t getting vaccinated that also undermines the left’s narrative – young people. While more than 85% of those over 65 have received at least one shot, just 46% of those 18-24 have done so, and just half of those 25-39 have gotten a shot.

Exit polls show that nearly two-thirds of the former group and more than half of the latter voted for Biden in 2020.

To be clear, in our view, getting the COVID vaccine is a personal choice – it should never be forced on anyone. Everyone should be encouraged to weigh the risks and benefits, and live with the consequences. That’s how we treat the flu vaccine, and it’s how we should treat the COVID vaccine.

But if the left wants to go around accusing groups for low vaccine rates, it needs to look in the mirror.

Refuseniks Minorities White Progressives
China, Mexico and US Trade. How the United States, Canada and Mexico are now the largest blocks in the world!
How Two Countries face a Trade War
Guns and Crime While Democrats scream ‘abolish ICE,’ child sex trafficker Claudius English convicted thanks to ICE
Anyone posting a threat especially against a law enforcement officer or politician will be banned.