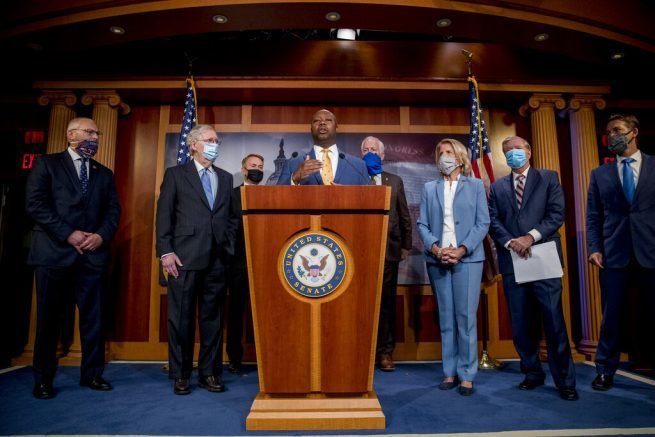 White Plantationists ( Supremacists ), Race Baiters, and House Negroes kill a bill proposed by a Black Senator. The purveyors of hate are at it again. Going after a Conservative Black man cause he refuses to sit on the porch. How sick is that?

Democrat senators have rejected the GOP’s police reform bill, prompting questions as to when changes to law enforcement will come amid ongoing national unrest. The bill, which was put forward by Sen. Tim Scott (R-S.C.), outlined several reforms to police practices, including measures on body cams and choke holds.

Of course the white progressives and Senate race baiters want a law that prosecutes all cops good or bad. The President has said he will veto their bill if it ever came to his desk. What say you?