When a Major Life Change Upends Your Sense of Self 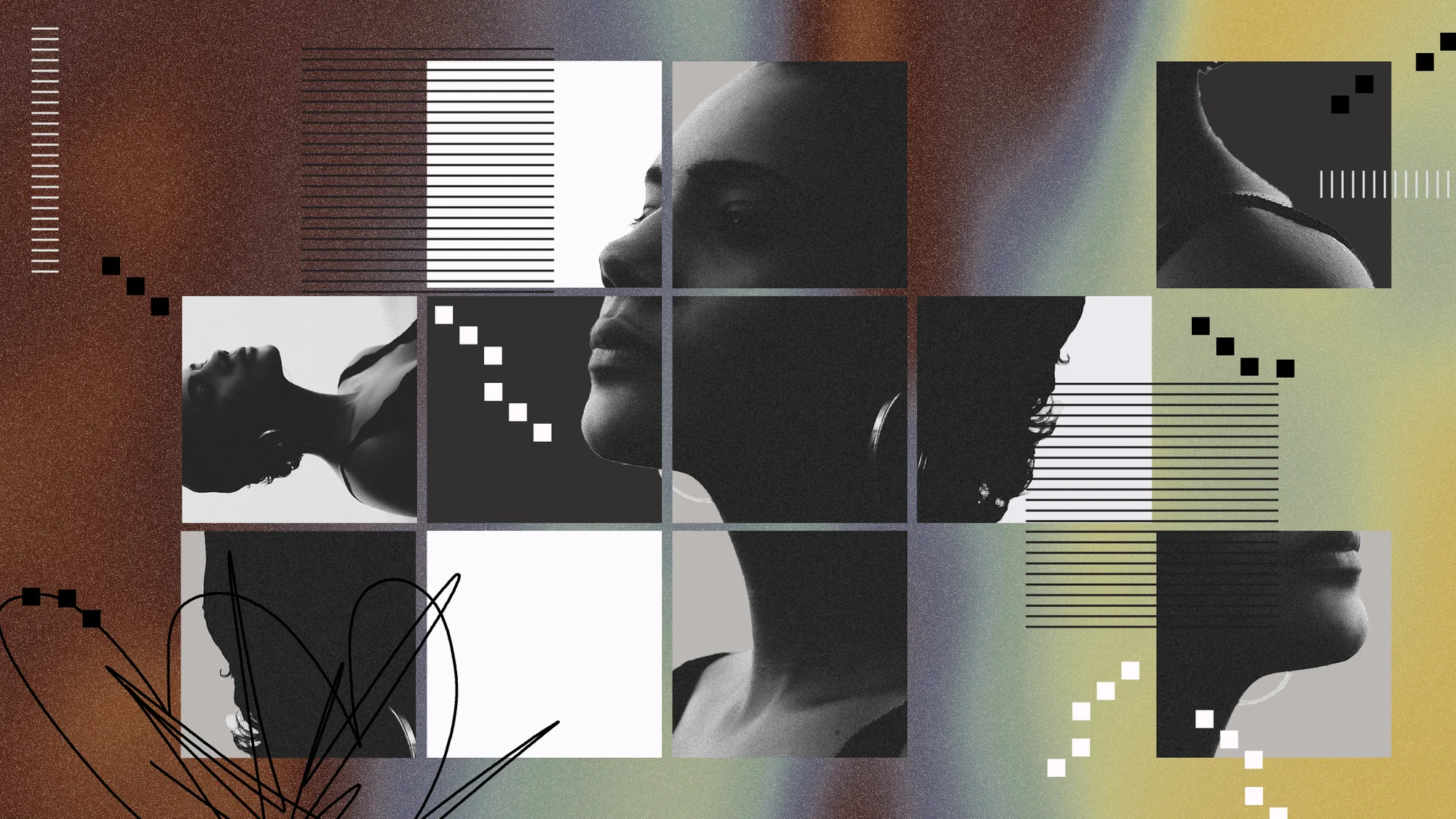 Human beings have a complicated relationship with change. While it is both inevitable and essential for growth, change can also be deeply uncomfortable — especially if it feels involuntary, or out of our control.

As researchers focused on social change, we’ve spent the last ten years studying how people react to drastic changes in their lives. We’ve conducted hundreds of interviews with people who lost a desired identity, such as former white collar professionals forced to move into lower-status careers, as well as with people trying to shed an undesirable or stigmatized identity, such as former prisoners working to reintegrate themselves in their communities. Interestingly, regardless of whether the changes were ostensibly positive or negative, many of the people we talked to struggled to move on from their past identities and embrace their new selves. This feeling of stuck-ness — a phenomenon we call identity paralysis — often left people feeling angry, frustrated, and hopeless about their current situations.

However, we also found that some people were able to avoid identity paralysis, taking these major life changes in stride and embracing their new roles with positivity. Through our interviews, we identified five strategies that can help anyone come to terms with a new identity (whether you’re happy about the change or not) and move forward on a path of identity growth rather than identity paralysis:

Mark a Distinct Break with the Past

Even if we know, logically, that our situation has changed, it can be difficult to get that change to really sink in. Many of our interviewees described a key event that “flipped a switch” for them: a tipping point that empowered them to make (and truly accept) a change. For example, some participants who were trying to leave behind stigmatized pasts spoke about the significance of a specific milestone, such as a birthday or the birth of a child, in helping them to embrace their new identities. One person told us how after two days in the hospital, he decided that the moment he woke up would be his rebirth, explaining that the experience marked the end of his past in a symbolically meaningfully way.

To be clear, the actual event that marks the break is not what is important. Rather, the people we interviewed expressed a strong need for something that symbolically represented the end of a chapter in their life. This is consistent with prior work on the power of symbolic shifts: For example, in her influential books Out of the Cloister and Becoming an Ex, Catholic nun-turned-sociologist Helen Ebaugh found that even after making the decision to leave the convent, it was the moment of physically taking off of the habit and donning “women’s” clothes that marked the transition for many ex-nuns and allowed them to leave their old identities behind.

So, if you’re struggling to disentangle your past and present selves, see if you can define a moment that can be imbued with significance, and articulate that to yourself and those around you. Simply recognizing a specific moment as a divider between the past and the present can help you extricate yourself from an identity that is no longer relevant to your life.

Of course, marking a distinct break with the past doesn’t make the past disappear — nor should it. Your past is a part of you, and a new identity can only take hold if it’s connected to your prior identities. As such, it is important to link your present to your past by crafting a narrative that’s compelling, believable, and easy to share with others.

For example, we spoke with an immigrant who was forced to give up his career as a civil engineer and become a taxi driver. When he told the story to himself and to others, he framed it around a narrative of parental sacrifice, explaining that he took on the new role for his children. He described how happy he was for his kids, and that setting up their lives at the expense of his own was a trade he was more than willing to make.

A former banker took a similar approach to framing his story, expressing confidence that immigrating was “a very good decision, believe me. Not for myself, [but for] my family, my sons and daughter. They’re very happy. Everybody is married. They have a happy life. Everybody has their children. They are going to school. They’re happy.”

Conversely, many of the interviewees we spoke with who came from troubled or stigmatized pasts embraced the narrative of the prodigal son, or a fallen angel. In different ways, they explained how darkness led them to light, how their new and promising paths forward would have been impossible without starting from their prior identities. We found that those who were able to tell their own stories in a way that aligned with a widely-recognizable narrative were better able to make peace with their transitions and leave behind their old identities, expressing more positive sentiment about their currents situations than those who did not craft such stories.

Part of what makes identity paralysis so difficult to overcome is that it isn’t just your idea of who you are that gets stuck in the past. It can also cause you to get stuck in the emotions associated with that past. Whether you’re ashamed of a prior role or decision, angry about the circumstances that led to your current situation, or feeling hopeless, scared, or any other challenging negative emotion, getting stuck in these feelings can block your transition (even if you are ready for it cognitively).

To be sure, working on how you think about yourself is certainly an important component of making an identity transition. But this emphasis on the cognitive aspect can often leave the emotional side undervalued. Even if you have decided rationally that you want to move on, emotions can linger — and getting stuck in powerful negative emotions such as shame or anger can be paralyzing. Our identities are shaped by how we feel about them, so to make a successful transition, we have to acknowledge and actively work on our emotions. As one interviewee explained:

Across our interviews, we found that the people who were best able to embrace their new identities were those who recognized the emotions holding them back and proactively worked through those feelings. There are many strategies that can help when it comes to transforming negative emotions, but we found that one of the most effective ones was to intentionally activate an opposing, positive emotion. For example, one worker who was forced to change careers due to an injury described how she was able to move past her shame by focusing on taking pride in how she had established and was running her own business. Importantly, it’s not about pushing negative emotions away — rather, moving forward necessitates truly acknowledging these difficult feelings, and then refocusing on more-helpful ones.

It’s easy to feel like your job is your whole identity — especially when you just lost a great one or when it feels like it’s the only thing anyone sees when they look at you. But research has shown that it’s very possible to have multiple, coexisting identities at the same time. As such, if you’re uncomfortable with your current identity at work, focusing on other aspects of your identity can be an effective strategy to help you get through a difficult transition.

For example, a woman who had left sex work explained that it was important to her that she was “able to be a mum now and spend time with my kids.” Some of the immigrant professionals we interviewed who were struggling with downward occupational transitions also described how they felt better after leaning into their parental roles. Instead of focusing on their discontentment with their current jobs, or on their resentment at having to give up their past careers, they were able to find meaning in defining themselves by their roles as providers.

Similarly, a former prisoner described how the simple act being a “good uncle” by playing soccer with his nephew helped him move past his negative self-image and envision a better version of himself. Others focused more on their roles within their communities, on volunteer positions, or on activism. Reminding yourself of your full range of identities can help you focus on the positive, realize that you’re more than what you do (or used to do), and keep moving forward.

Don’t Be Afraid to Fantasize

While focusing on the concrete positives in your life can be helpful, our research also revealed that there is great power in the imaginary. This is in line with prior research on the concept of “postalgia,” which refers to a yearning not for an idealized version of the past, but for a similarly utopic future. In our interviews, we found that some of the people who were most comfortable in their new identities were those who imagined that their current circumstances were only a stepping stone on the path to their ultimate (if objectively unrealistic) future.

The surprising element of this strategy is that it still seemed to work even if the world they imagined was truly a fantasy: an abstract future they could daydream about, often without much basis in reality. Rather than detailing specific plans or tactics to realize these dreams, the participants who took this approach fantasized about an alternative future as if it would definitely happen, despite seeming to have no intention of actually pursuing it.

For example, one interviewee who was forced to shift from his job as network engineer to being a taxi driver explained why he felt good about his situation, saying, “In the future, I have plans to get a computer job. Not now, maybe after 10 years, 20 years, then I’ll definitely go for my own business.” He was in his third year of driving a taxi and had no tangible plans to move into tech — and yet the vague possibility of a brighter future made the present more palatable. Similarly, many people enjoy window shopping or browsing vacation spots online, wistfully imagining an experience that they’re unlikely to ever have. It may seem counterintuitive, but our research suggests that in moderation, this can actually be an effective means of coping with a challenging situation and getting mentally un-stuck.

Of course, this should not be misconstrued as an argument against working to improve a bad situation. But the practical work of planning and implementing positive change can be draining, time-consuming, and if overdone, paralyzing. Balancing the difficult tasks of accepting and improving reality with a healthy dose of fantasy can be critical in ensuring you stay motivated.

. . . Whether you’re taking on a new role, shifting careers, or going through a major life change like those experienced by the people in our interviews, it’s never easy to let go of a past identity. But left unchecked, identity paralysis can threaten both your career prospects and your mental health. To avoid getting stuck and truly move forward in our lives, we must acknowledge and embrace our current identities, our past selves, and everything in between.