What the Hay. Burning the American flag is OK, but not a hate group flag? 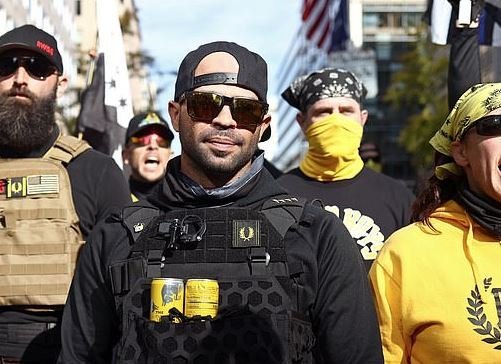 What the Hay.  Burning the American flag is OK, but not a hate group flag? Enrique Tarrio was arrested as he was being driven from a D.C. area airport. Tarrio was pulled over for allegedly burning a stolen Black Lives Matter banner taken from a historic Black Washington, D.C. church last month.

So how is illegal to burn one hate groups flag, but not illegal to burn the American flag?  Tarrio, who is Afro-Cuban and the son of Cuban exiles who fled Fidel Castro’s brutal communist regime after several family members were killed, has been charged for burning a Black Lives Matter banner during free speech demonstrations that occurred in the nation’s capitol in December of 2019. Recent news reports had indicated that the DC police were investigating Tarrio for the perfectly legal free speech demonstration and were even considering elevating the charge by designating it as a hate crime.

Flag Legal to burn?
China, Mexico and US Trade. How the United States, Canada and Mexico are now the largest blocks in the world!
How Two Countries face a Trade War
Guns and Crime While Democrats scream ‘abolish ICE,’ child sex trafficker Claudius English convicted thanks to ICE