What happens when even Actual Scientists at the NIH aren't vaccinated? And yes the vaccinated are super spreaders. 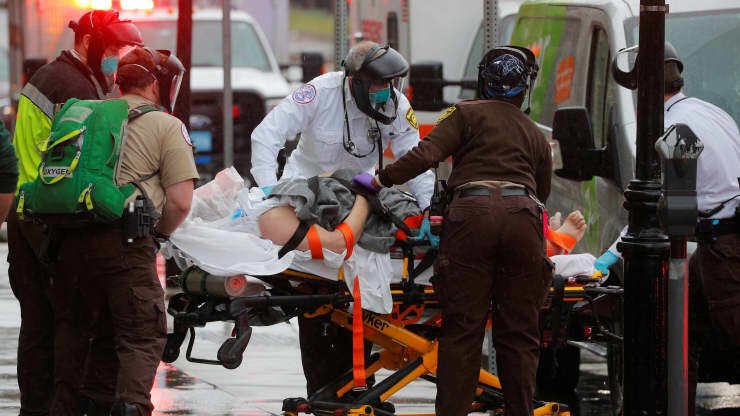 As you know, we were told that take the jab or two and you're safe. Well tell that to the 74% of those in Provincetown, Massachusetts. From CNBC. 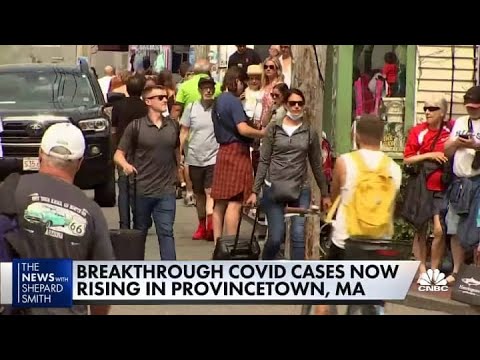 It turns out that the National Institutes of Health (NIH) was not as unified on the notion of pushing vaccine mandates as it initially seemed. Come December 1, the NIH’s main bioethics department will host a live-streamed roundtable session over the ethics and practicality of vaccine mandates. Leading the charge will be Dr. Matthew Memoli, who runs a clinical studies unit within Dr. Fauci’s National Institute of Allergy and Infectious Diseases (NIAID), according to the Wall Street Journal (WSJ).

Memoli, who has served at the NIH for 16 years and recently received an NIH director’s award, both opposes vaccine mandates and has declined the coronavirus vaccine, arguing that they should be reserved for vulnerable, elderly, and obese Americans. “I think the way we are using the vaccines is wrong,” he said to Dr. Fauci in an email on July 30.

Regarding the existing vaccines, Memoli reportedly argued that “blanket vaccination of people at low risk of severe illness could hamper the development of more-robust immunity gained across a population from infection,” per the WSJ. The virtual roundtable will be just one of four ethics debates at the NIH this year and will be “accessible to all of the NIH’s nearly 20,000 staff, as well as patients and the public.”

David Wendler, the senior NIH bioethicist planning the session, said that vaccine mandates have become a “hot topic at the NIH. “There’s a lot of debate within the NIH about whether [a vaccine mandate] is appropriate,” Wendler told the WSJ. “It’s an important, hot topic.” Exactly how many scientists within the NIH support Memoli’s position remains unknown, but current data shows that roughly 88 percent of the NIH’s federal employees “were fully vaccinated at the end of October.”

Detractors of Memoli assert that pushing natural immunity over vaccines would be a “terrible idea.” “That’s a terrible idea if we have a vaccine that prevents serious disease,” said Timothy Schacker, vice dean for research and an infectious-disease physician at the University of Minnesota Medical School.

This past September, President Biden announced that the Department of Labor’s Occupational Safety and Health Administration (OSHA) will mandate that private companies with 100 or more employees implement vaccine mandates or require weekly negative tests. The president waited nearly two months before releasing the details of his plan, which would not have even taken effect until January of 2022. A company in violation of the mandate could be fined $136,532.

The president’s plan encountered a roadblock on Saturday when the U.S. Court of Appeals for the Fifth Circuit Court issued a temporary stay blocking the mandate while considering a permanent injunction. The ruling from a three-judge panel on Saturday resulted from a stay sought by the states of Texas, Utah, Mississippi, and South Carolina, as well as several businesses that oppose the Biden plan. The states and businesses filed a petition of review of the agency action, which goes directly to a federal appeals court instead of a one-judge federal district trial court. “Because the petitions give cause to believe there are grave statutory and constitutional issues with the Mandate, the Mandate is hereby stayed pending further action by this court,” the judges wrote.

To date, nearly 412 million doses of the FDA approved covid vaccines have been administered in the United States, and over 189 million people in the U.S. have been fully vaccinated. According to the Centers for Disease Control and Prevention, the mRNA covid vaccines made by Pfizer and Moderna reduce the risk of severe illness in people who are fully vaccinated by 90 percent or more.

The Fauch Lies
China, Mexico and US Trade. How the United States, Canada and Mexico are now the largest blocks in the world!
How Two Countries face a Trade War
Guns and Crime While Democrats scream ‘abolish ICE,’ child sex trafficker Claudius English convicted thanks to ICE
Anyone posting a threat especially against a law enforcement officer or politician will be banned.