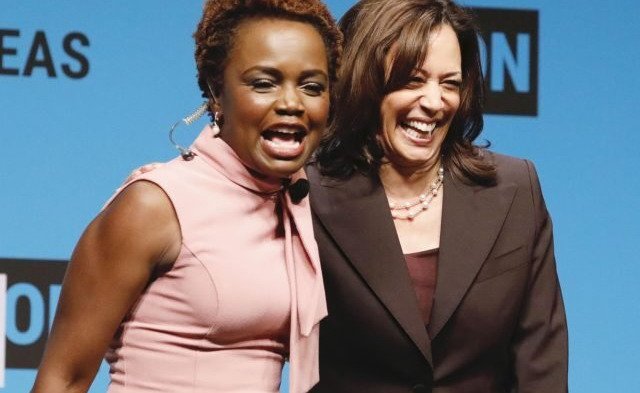 Jean-Pierre’s slip-up came after she was asked by a reporter about Biden’s remarks last week “that there’s no inevitability around a recession.”

“There is a greater deal of market concern about exactly that,” he said. “And I know that inflation is your No. 1 concern, but can you talk a little bit about if you’re doing anything at all to prevent a recession or a rise in unemployment?”

Jean-Pierre framed her response by saying the economy and the country was “in a moment of transition.” “We have seen — we are in a unique situation with our — with the historical gains with our economy,” she said. “The way that we see it, this unemployment rate has held steady at 3.6, which is also near historic lows. Business and investment remain strong; household balance sheets remain strong.”

She cited “an analysis that came out recently that showed middle-class Americans had an additional $10,000 in savings than before the pandemic” and that “another analysis found that all income groups had higher checking account balances at the end of March than they had pre-pandemic.”

These weren’t exactly ringing endorsements for the administration’s economic policies, considering much of this went into the accounts of people who could Zoom into work, came from a lack of engagement with the wider economy that caused businesses to shutter and was bolstered by infusions of government cash we’ll eventually have to pay for.

(Jean-Pierre didn’t mention what analyses these were, although it’s also worth noting one that she was likely citing was from the Brookings Institution, a left-wing think-tank that is to the Democratic Party what a cheerleading squad is to a high-school football team.)

“So, we see that the strengths that we — our economic strength that we have seen from this past year from the action that the president has taken with the American Rescue Plan, with what we have seen with the historical gains, that is going to help us deal with a recession,” she continued. [Emphasis mine.]

Whoops! Better cover that one up: “Right now — we don’t see a recession right now,” said Jean-Pierre, doing her best impression of Biden tripping over his own words. “That is not — we’re not in a recession right now.  Right now, we’re in a transition where we will — we are going to go into a place of stable and steady growth, and that’s going to be — that’s going to be our focus.

Nailed that landing. A+. Bravo, Karine!

It may just have been a Freudian slip, but Jean-Pierre very briefly told the truth about what the Biden administration truly believes: Yes, a recession is coming, but the president has done more than enough to steel Americans against it by depositing huge chunks of government money in their bank accounts.

Except that’s probably not going to happen, either: “Infusions of government cash that warded off an economic calamity have left millions of households with bigger bank balances than before the pandemic,” The New York Times’ Talmon Joseph Smith reported in December. “But many low-income Americans find their savings dwindling or even depleted. And for them, the economic recovery is looking less buoyant.”

“According to Moody’s Analytics, an economic research firm, these excess savings among many working- and middle-class households could be exhausted as soon as early next year — not only reducing their financial cushions but also potentially affecting the economy, since consumer spending is such a large share of activity. Multiple pandemic-era federal aid programs expired in September, including the federal supplement to unemployment benefits.”

And good luck getting the Senate to sign on to more payments, particularly since West Virginia Democrat Sen. Joe Manchin has made it clear this level of deficit spending is too much for his palate.

And the inflation! There’s that, too — the highest level in over 40 years in May, 8.6 percent. Gross domestic product was down 1.5 percent in the first quarter of 2022, according to data from the Bureau of Economic Analysis. The Federal Reserve just hiked interest rates by .75 percent, the largest single hike since 1994 — a key sign that the Fed believes inflation needs to be reined in, and fast. T

he water is definitely getting hotter, in other words, and the Biden administration is acknowledging it, however slowly and unwillingly.

A few minutes after it’s finally boiling, they’ll probably let us know. At least give this much to Karine Jean-Pierre, though: She openly admitted the administration’s biggest disaster yet is inevitable, if just inadvertently. 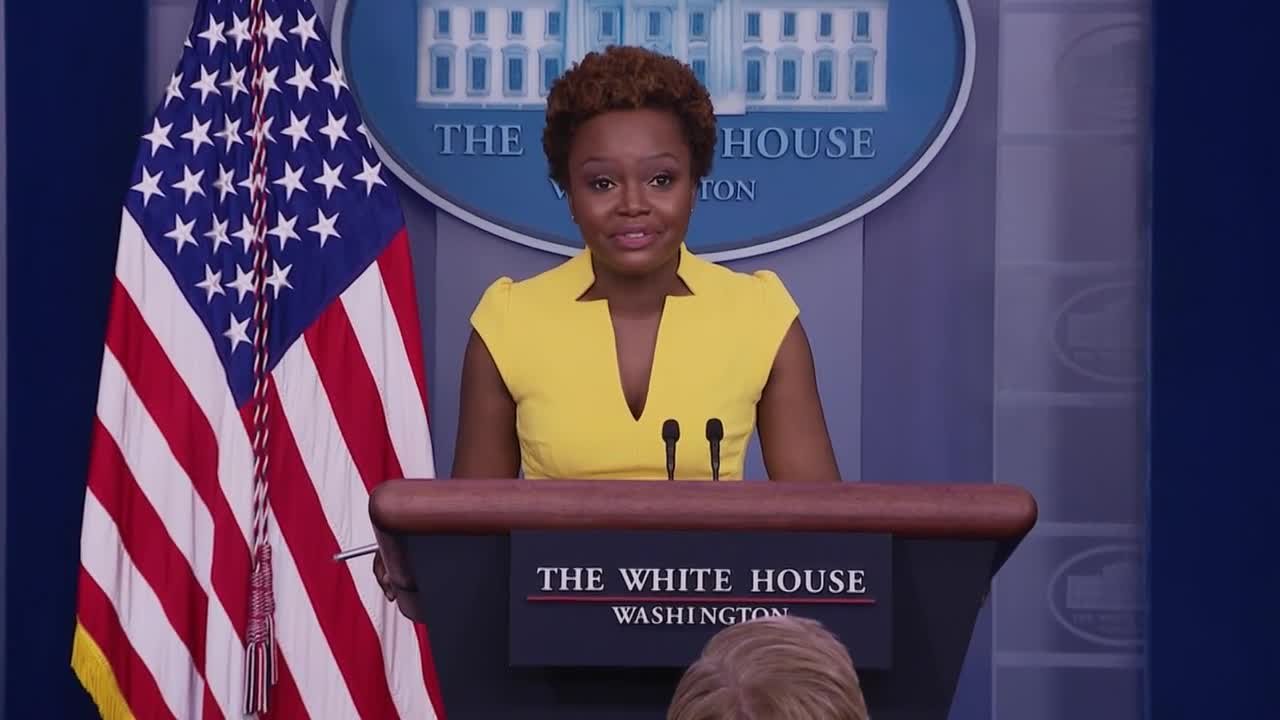 A black lesbian spokesperson!  Can't be worse than Jen Psaki.

Western Journal Karine Jean-Pierre
China, Mexico and US Trade. How the United States, Canada and Mexico are now the largest blocks in the world!
How Two Countries face a Trade War
Guns and Crime While Democrats scream ‘abolish ICE,’ child sex trafficker Claudius English convicted thanks to ICE