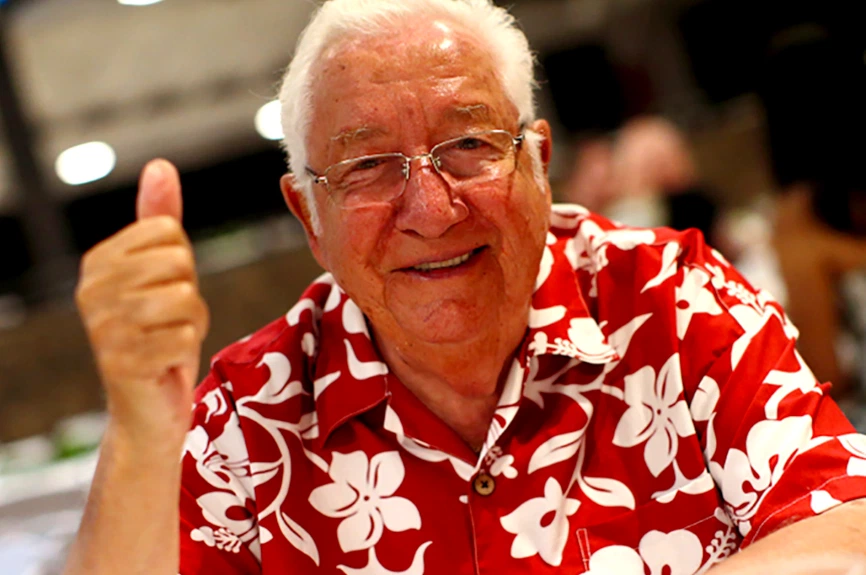 The original article is here.

Vans co-founder Paul Van Doren dies at age 90. You don't have to be a fashion guru like I to know the name Vans.

Paul Van Doren wasn’t setting out to build a brand synonymous with the Southern California skate and surf culture, but he did, stepping onto a path with his brother and partners that would lead to a global, billion-dollar business beloved to this day by board riders and beyond. Van Doren, who co-founded the footwear brand Vans out of a small retail operation in Anaheim more than five decades ago, died on Thursday, May 6. He was 90.

Van Doren wasn’t just an entrepreneur, but an innovator. He and his partners, including brother James, who died in 2011 at age 72, had the unconventional idea to dabble in the retail world after starting the Van Doren Rubber Company in 1966, customizing shoes for customers and creating a loyal following.

“The Van Doren Rubber Company was the culmination of a lifetime of experimentation and hard work in the shoe industry. Like Paul, from the first day of business, Vans was uniquely innovative,” company officials said in a statement. “Paul’s bold experiments in product design, distribution and marketing, along with his knack for numbers, and a genius for efficiency, turned Paul’s family shoe business into an all-American success story.”

Born in 1930, Van Doren was a high school dropout who at 16-year-old started as a “service boy” at a Boston-based rubber factory, according to “Authentic: A Memoire by the Founder of Vans,” released last month. On a trip to Southern California in the ’60s, the brothers decided to start their own brand, teaming up with friends Gordon Lee and  Serge Delia for the new venture.

To be successful, they would have to go into retail to sell products directly to consumers, so on March 16, 1966, they opened a shop next to their manufacturing operations at 704 E. Broadway in Anaheim. A sign outside read “House of Vans,” a moniker still used and printed on the backs of shoes today. The styles on the racks were organized in color-coded boxes, with men’s shoes selling for $4.49, women’s for $2.29.

Van Doren and the other partners retired when venture investment firm McCown De Leeuw & Co. offered to buy the company in 1988 for $74 million, with the new company taking the brand public in 1991. In 2004, the company was sold for $396 million to VF Corp., which assured Vans executives the brand would continue to operate on its own.

These days, it’s a multi-billion dollar company with global operations, successful for staying loyal to its core customers – the skaters and surfers who grew with the brand.