A few years ago my husband and I (having left our GPS charger at home) got lost in Montana -- which is a thing not to do. The miles are much longer there and the spaces between towns take hours to cross. We knew we’d gone wrong somewhere because the Rockies, which should have been on our left, were straight ahead, looming ever closer and closer. The first town we came to was a ghost town, which provided a Twilight Zone flavor to the whole adventure. Eventually we found a real town with real people who could tell us where we were –- our map had left us clueless. After our correction miles, we had added over 100 Montana miles to our trip. How did that happen?

We hadn’t noticed when the road started to bend to the left ever so gradually – it was straight up noon and the mountains too far off to register. We should have veered right, but we missed the opportunity.

I think of this incident because I’m feeling the same unsettling unease about this country.  What?! How in the world did we get to this Rod Serling place where drag queens are reading to our children in our libraries? How, in a rational universe, did four ignorant, left-wing, lunatic women attain breathtaking power in less than a year? When did sex trafficking become such a huge crisis? How is it that facts and evidence and law have no pull at all anymore?

We find ourselves, apparently all of a sudden, in a place where telling bald-faced lies about anyone we want to slander is acceptable behavior, where billions of dollars of government money is unaccountably missing and no one seems really upset by that malfeasance, where pedophilia is working its way into appropriate behavior. We’re hurtling toward an impossible mountain range and turning around -- the logical thing to do -- creates vicious hysteria amongst those in the front seat, who can only scream obscenities and grab for the wheel as they try to keep us from curing our mistake.

We could trace this fiasco all the way back to the serpent and the forbidden fruit, or to John Dewey and his bending the public school trajectory to the left, or to Charles Darwin and his inevitable negative influence on the church. That, and the science community’s willingness to push that narrative, does carry a lot of the blame here because somewhere along the way humanity lost track of truth.

“There is no such thing as absolute truth!!!” my student declared, pounding on her desk, syllable by syllable, as if her emphasis gave her statement solidity. The self-contradictory nature of the sentence escaped her -- no doubt it was another instructor who had assured her of the absolute truth of the idea, for she was very confident.

I tell this story today as a joke, but it is at the heart of what is ailing America today. If nothing is always, forever, and thoroughly true then nothing can be temporarily true either, and if nothing is even relatively true, we can trust nothing. A society sans trust is as impossible as reaching Oregon by driving east over the Rockies.

The idea of absolute truth is repulsive to many people, largely because truth is limiting -- if the truth of the matter is that Harry was born with both X and Y chromosomes then his desire to be a woman will be circumvented by that truth, no matter what hormones he takes or what parts of his anatomy he parts with. 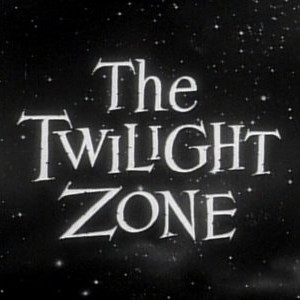 The implications of truth are bothersome as well. The buck stops there -– no wiggle room, and more disturbing than that is the obvious necessity of a truth-giver. That idea of absolute truth came from somewhere; how could mere humans come up with a concept so far above our pay grade? Something deep in our inner core, however, either demands it or rails against it -- we either want God or we most decidedly don’t.

Truth and God are indivisible, so if we lose one, we lose the other -- which puts us in a scary place. We have lost track of the truth in many essential areas:

I could go on and on. We revere those white jackets, but frankly, I’m not sure most of them know what they’re doing.