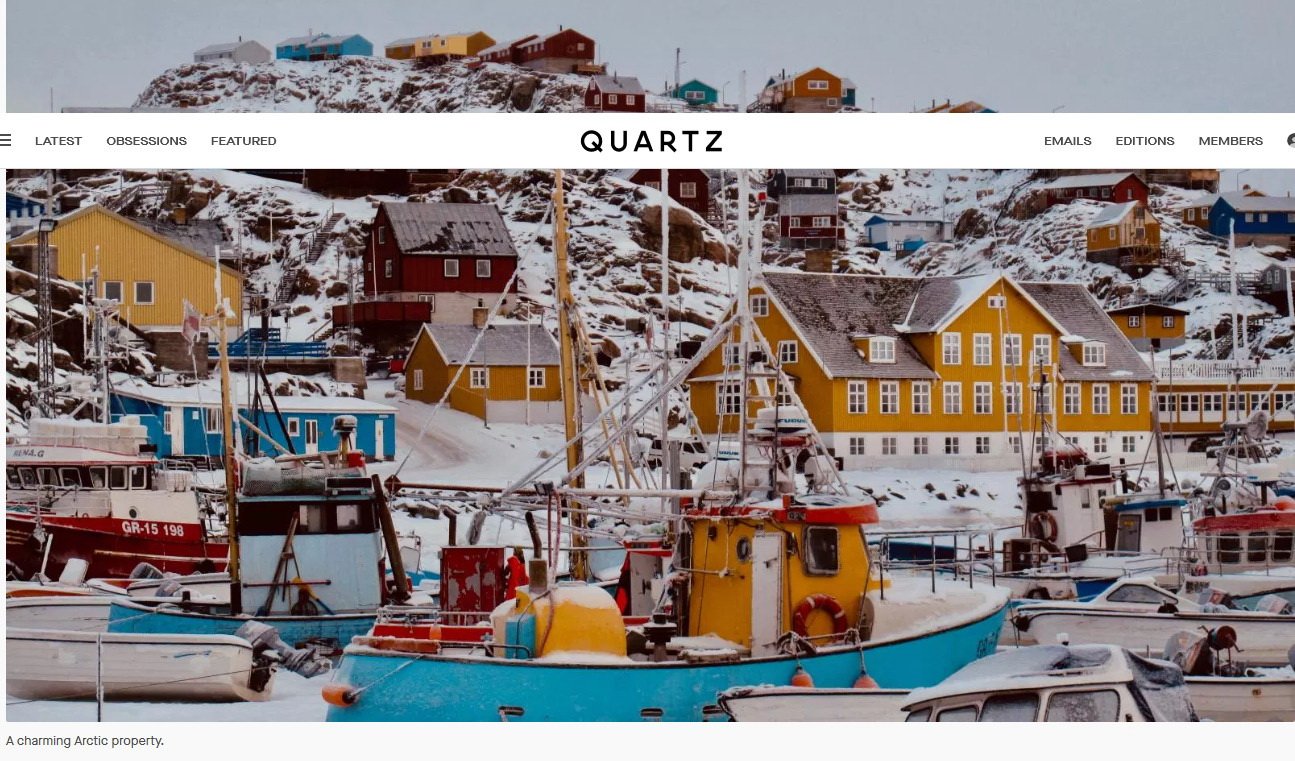 Donald Trump loves property. He made his name in his family’s real estate development business, after all. So it’s no surprise that, in his capacity as US president, Trump has reportedly expressed an interest in purchasing Greenland, an autonomous Danish territory between the North Atlantic and Arctic oceans that is already home to the US’s northernmost military base.

The plan doesn’t sound plausible, most notably because Greenland is not for sale, as the territory’s Ministry of Foreign Affairs explained in a tweet today (Aug. 16).

Danish politicians dismissed the idea less politely, the BBC reports. “If [Trump] is truly contemplating this, then this is final proof, that he has gone mad,” foreign affairs spokesman for the Danish People’s Party, Soren Espersen, told the national broadcaster. “The thought of Denmark selling 50,000 citizens to the United States is completely ridiculous.” Likewise, Danish Conservative lawmaker Rasmus Jarlov said on Twitter yesterday said, “Forget it.”

However, there’s precedent for the US president’s desired territorial expansion. The US has bought land from foreign governments before and it has apparently considered acquiring Greenland in the past, too. As Joseph Blocher of Duke Law School explained in a 2014 University of Pennsylvania Law Review article (pdf) about buying and selling state borders, the idea of an intergovernmental market for sovereign territory is “not just [a] fever dream.”

Blocher notes that, historically, the market for territories was relatively robust. “The United States as we know it was shaped by land sales: the Louisiana Purchase, Alaska Purchase, and Treaty of Guadalupe Hidalgo together account for more than half of the nation’s landmass, and they are not the only territories whose sovereign control has been bought and sold,” he wrote.

Under the 1803 Louisiana Purchase, the US bought land in North America from France for $15 million. In 1867, the US bought Alaska from Russia for $7.2 million. In 1917, the US bought the islands then known as the Danish West Indies from Denmark for $25 million and renamed them the Virgin Islands, which is indeed evidence that Denmark has in the past been amenable to selling its territories.

Still, Denmark does seem particularly attached to Greenland and has rebuffed all previous American attempts to purchase the Arctic property. In fact, according to a 1977 report in the Telegraph, Danish historian Tage Kaarsted said that at a United Nations gathering in New York in 1946—during Harry Truman’s presidency— American secretary of state James Byrnes offered $100 million for the territory to Danish foreign minister Gustav Rasmussen. Byrnes reportedly told Rasmussen that Greenland was just a big lump of ice burdening the Nordic nation, but that it was of great strategic importance to the US. Previously, while Andrew Johnson was president, in 1867, the State Department inquired into buying Greenland and Iceland.

Now, as then, Greenland is considered important to American national security interests. The American Thule Air Base in Greenland, 750 miles north of the Arctic Circle, is used by the US Air Force Space Command and the North American Aerospace Defense Command. It includes a radar station that is part of a US ballistic missile early-warning system. Wisconsin congressman Mike Gallagher today tweeted that the US has “a compelling strategic interest in Greenland.”

The White House has not responded to reporters’ requests for comment on the proposed purchase. Trump is supposed to visit Denmark next month, however, and is perhaps considering discussing the matter with Danish officials. Based on the response so far, though, the real estate mogul who has illuminated The Art of the Deal probably won’t close.