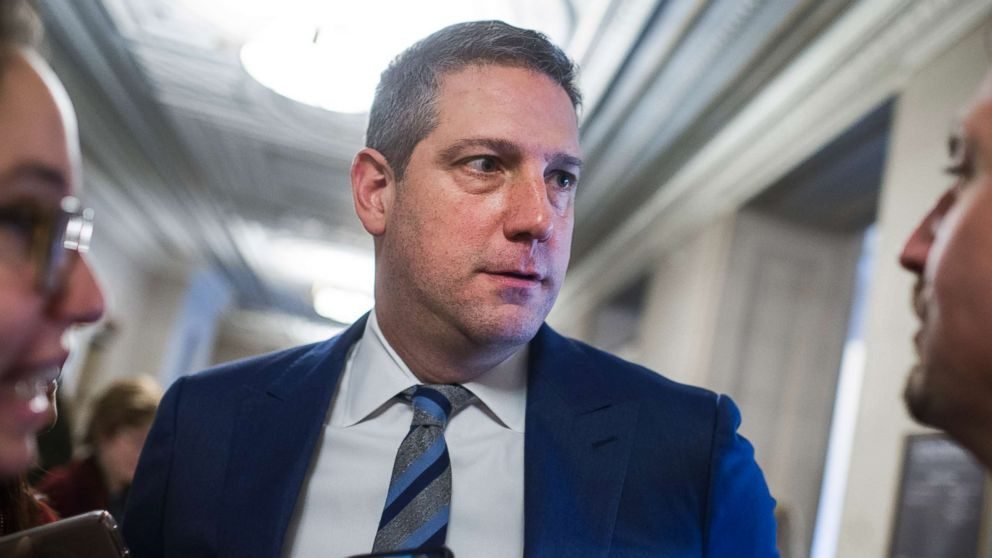 Ryan's my Congressman and he's running against J d Vance to replace Rob Portman as Senator in the great state of Ohio. He runs as a center lean right, but votes with Pelosi over 95%. I found this.

Ryan’s Hometown Newspaper Calling Out His Flip-Flop on Tariffs

Washington, D.C. – Tim Ryan is on the air with a new ad claiming he “doesn’t answer to any political party” and has been consistent on trade. But the only thing Tim Ryan is consistent on is FLIP-FLOPPING and answering to Washington Democrats. He follows wherever the political winds are blowing. As a 20-year career politician, Ryan’s been all over the map on almost every issue. In case you missed it, this morning, The Vindicator called him out for his flip-flop on the China tariffs. See below.

Ryan, D-Howland, said Tuesday that he supported Trump when the then-president imposed the tariffs in September 2018 after an investigation determined China stole intellectual property from American companies. But Ryan’s past comments show that wasn’t the case. …

Ryan’s statements Tuesday about supporting Trump’s tariffs on China are different than what he said in 2019 when he was running for president. In May 2019, he tweeted: “China is cleaning our clock. We need to invest into the U.S. and out-compete them. Tariffs only get you headlines.”

A month later, he said regarding tariffs, Trump didn’t have a “big strategy. He has a tactic that gets him on TV because he sends a tweet out — tariffs are on, tariffs are off — and the media runs with it all the time, and it changes the subject, and he can look tough.”

In September 2019, he told The Washington Post that “tariffs on China are an absolute necessity for balancing the American trade deficit. With that being said, the goods being targeted — and the tariff rates — are abominable and must be revised immediately.

I think there are legal remedies that can be used that carry the weight of a legal regime as opposed to the nonsensical order in which President Trump has imposed tariffs.” As Trump was considering tariffs on steel and aluminum, Ryan told NPR in March 2018 that if they were “targeted” towards China “then this is an appropriate remedy to help the industry stay robust here in the United States.”

In July 2018, he tweeted Trump’s tariffs were “designed to inflict maximum damage on the U.S. economy, for minimal gain.” Responding Tuesday to his past comments, Ryan said: “My record is very, very clear. We can squabble about some of the details of it, how things are implemented and all the Washington stuff in the details we have to deal with. But my record is very, very clear on this.”

Ryan Flip flop lies
China, Mexico and US Trade. How the United States, Canada and Mexico are now the largest blocks in the world!
How Two Countries face a Trade War
Guns and Crime While Democrats scream ‘abolish ICE,’ child sex trafficker Claudius English convicted thanks to ICE
Anyone posting a threat especially against a law enforcement officer or politician will be banned.