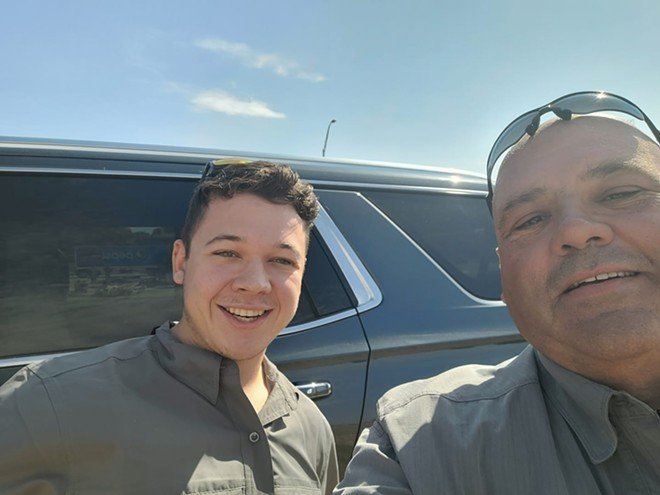 If you don't know by now, Kyle was a 17 year old who was attacked by a mob who's goal was to beat him to a pulp, kill him? We'll never know because he shot three of the violent protestors. He was tried and a jury of his peers found him not guilty.

Well he was in Texas and on a traffic stop a local policeman had his picture taken with Kyle Rittenhouse. The Thrall police department posted the selfie of an unnamed officer and Rittenhouse on Thursday, as first reported by the Express-News. "Make those stops, you never know who you might meet," the caption said. "Today it was Kyle Rittenhouse, welcome to Texas"

I guess on social media the white plantationists ( white progressives ) are all upset. There were 1,800 upset loons out of 10,000 comments. The local PD would not take down the picture. Here's their comment.

“I must have missed something, I believed that this young man was arrested, charged, indicted and then found not guilty by a jury of his peers. Is this not how our country works anymore? The hate in these comments is terrible, if you have information that is contrary to that I would honestly love to hear it.”

I just love a good shoot, or two, or three.

Hero
China, Mexico and US Trade. How the United States, Canada and Mexico are now the largest blocks in the world!
How Two Countries face a Trade War
Guns and Crime While Democrats scream ‘abolish ICE,’ child sex trafficker Claudius English convicted thanks to ICE
Anyone posting a threat especially against a law enforcement officer or politician will be banned.