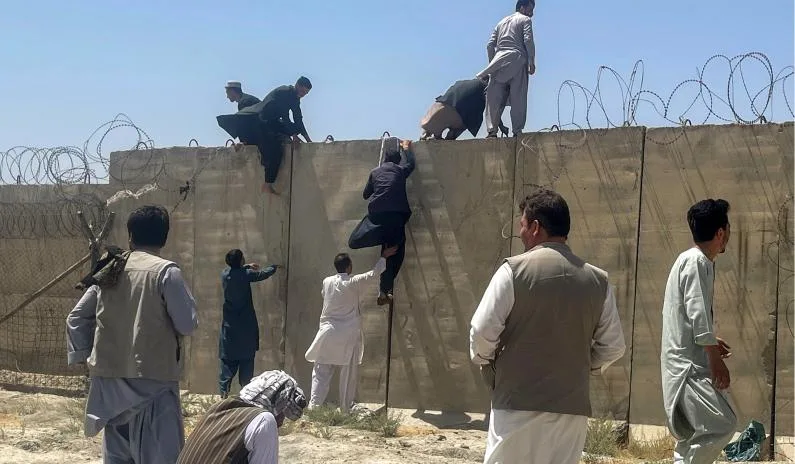 State Department Sends Stranded Americans Note Saying U.S. ‘Cannot Guarantee Your Security’ En Route to Kabul Airport. So the government is telling our citizens that your on your own, good luck. This from CBS.

Americans who requested to be evacuated from Afghanistan received a note from the State Department informing them that the U.S. can’t “guarantee” their security on the way to the Kabul airport, CBS News reported on Tuesday.

The State Department has a list of roughly 5,000 Americans who have requested to leave Afghanistan and roughly half of them received the note, according to CBS. 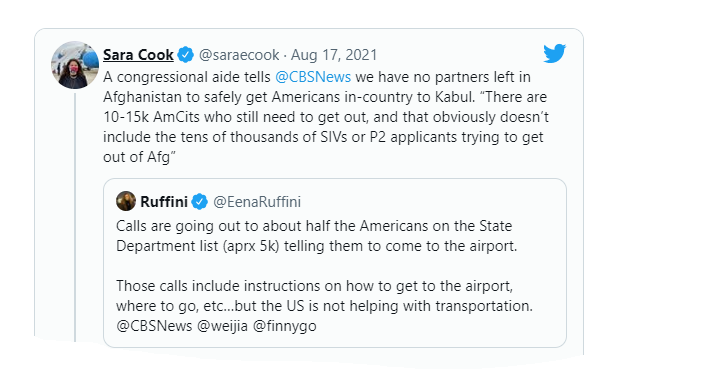 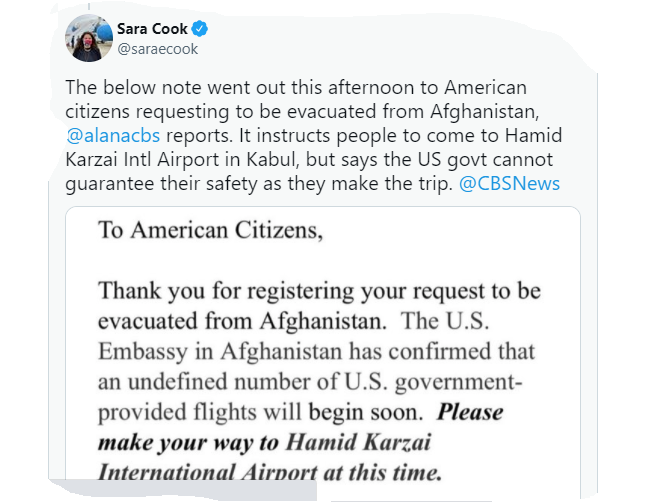 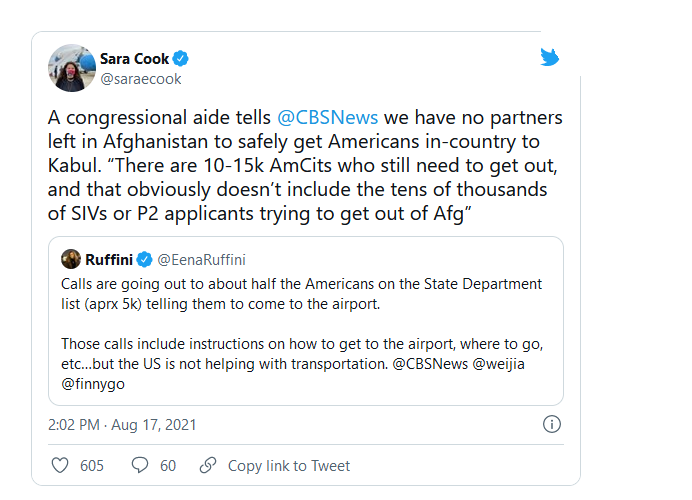 Not safe On your own Good luck
China, Mexico and US Trade. How the United States, Canada and Mexico are now the largest blocks in the world!
How Two Countries face a Trade War
Guns and Crime While Democrats scream ‘abolish ICE,’ child sex trafficker Claudius English convicted thanks to ICE