Sorry DOJ you lost. No mask for you. 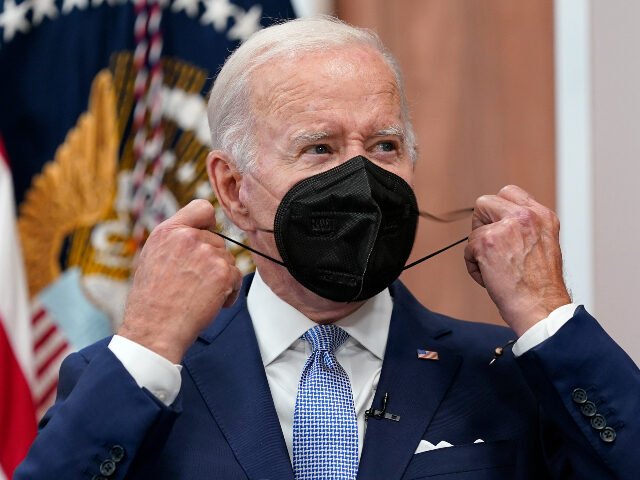 So how many times we going to do this? Courts say no vaccine mandates, no mask mandates, and still the government keeps on coming. In April 2022, U.S. District Judge Kathryn Kimball Mizelle of the Middle District of Florida ruled that the mask mandate — forcing individuals to wear masks on public transportation —  was unlawful in nature and concluded that the U.S. Centers for Disease Control and Prevention (CDC), which issued the original directive January 29, 2021, was overstepping its authority.

The rule required all of those two and older to wear masks while in airports and on airplanes, with very few exceptions. As Breitbart reported  at the time

Monday’s ruling was on one of the earliest cases, filed in July 2021. The lawsuit alleged that the Mask Mandate violated the Administrative Procedure Act (APA) on three separate grounds: First, that issuing the order is beyond CDC’s statutory authority granted by Congress in 42 U.S.C. § 264a. Second, that the CDC’s action was really a rule (i.e., a regulation) rather than an order, and therefore had to go through a process of public notice and opportunity for public comment before taking effect. And third, that it violates the APA because it is “arbitrary and capricious,” meaning that it was not the result of reasoned decision-making.

“The government purports to discover this unheralded power to regulate how individuals appear and behave in public in a long-extant statute—one over seventy years old,” Judge Kathryn Mizelle wrote. “This history suggests that the power the government sees in § 264(a) is a mirage.”

That three-judge panel recently heard arguments on the appeal, and according to Reuters, “much of the arguments in the appeal focus on the CDC’s decision to put in place the requirements immediately rather than give the public a chance to comment on the mandate.”

DOJ lawyer Brian Springer contended that the mandate was crucial “to prevent the possible infections and deaths that could result if people didn’t do the simple thing of just putting on a mask while they were traveling.

”Notably, individuals are still free to wear a mask — which are not very effective at preventing the transmission of the virus, as studies show and Dr. Anthony Fauci admitted — on planes and transportation hubs if they so choose.

The extended mask mandate served as yet another broken promise of President Biden, as he originally pitched “just” 100 days of masking prior to taking office, describing it as a “patriotic act.” That broken promise comes to no surprise, as he also broke his vow to not push mandatory vaccines — a move that required a final ruling from the Supreme Court, sparing millions of U.S. workers from potentially losing their jobs.

Planes Trains No Masks
China, Mexico and US Trade. How the United States, Canada and Mexico are now the largest blocks in the world!
How Two Countries face a Trade War
Guns and Crime While Democrats scream ‘abolish ICE,’ child sex trafficker Claudius English convicted thanks to ICE
Anyone posting a threat especially against a law enforcement officer or politician will be banned.