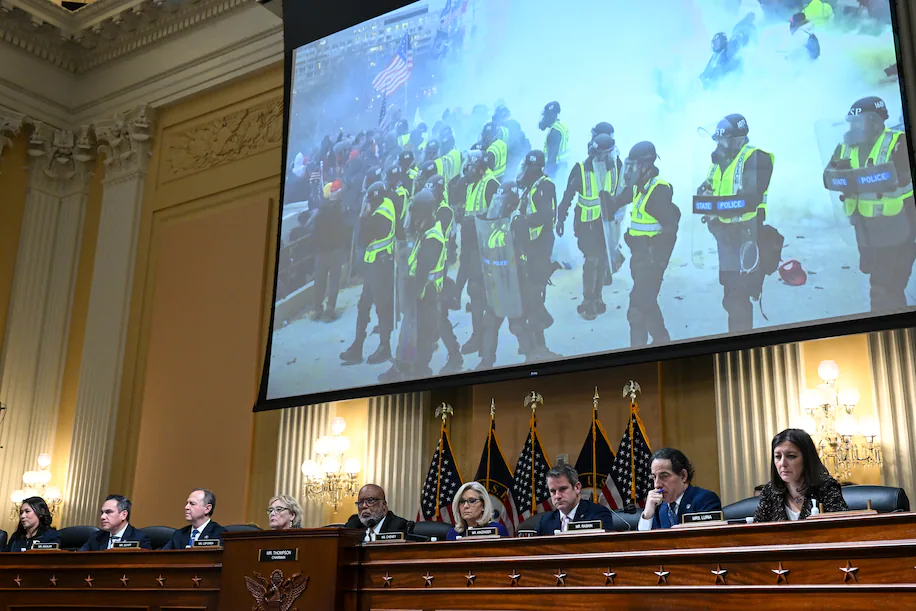 WP ran this Friday. Complete article is here. This is the Washington Post showing how vindictive these people are. So if someone had business at the White House, their personal information was released. This list would also include all reporters.

Does being a top Republican entitle you to a free LifeLock subscription? Asking for a few governors and Trump administration officials, among almost 2,000 others.

According to a report in The Washington Post on Friday, that’s how many individuals had their Social Security numbers doxxed by the House of Representatives’ Jan. 6 committee when it released its records online.

Also buried in the massive cache was a spreadsheet with nearly 2,000 Social Security numbers associated with visitors to the White House in December 2020, including at least three members of Trump’s Cabinet, a few Republican governors and numerous Trump allies.

While the spreadsheet with the numbers was taken down Wednesday, the high-profile nature of the people whose data was exposed probably puts them at an “elevated risk” because the information would be especially useful to intelligence agencies, said James Lee, chief operating officer of the Identity Theft Resource Center, a nonprofit organization that advises victims of identity crimes and compromises.

Exposed individuals don’t appear to have been notified about the leak. The Government Publishing Office (GPO), which originally published the file, did not respond to a request for comment on whether it planned to notify people whose Social Security numbers were exposed.

WP J6 SS Numbers released
China, Mexico and US Trade. How the United States, Canada and Mexico are now the largest blocks in the world!
How Two Countries face a Trade War
Guns and Crime While Democrats scream ‘abolish ICE,’ child sex trafficker Claudius English convicted thanks to ICE
Anyone posting a threat especially against a law enforcement officer or politician will be banned.