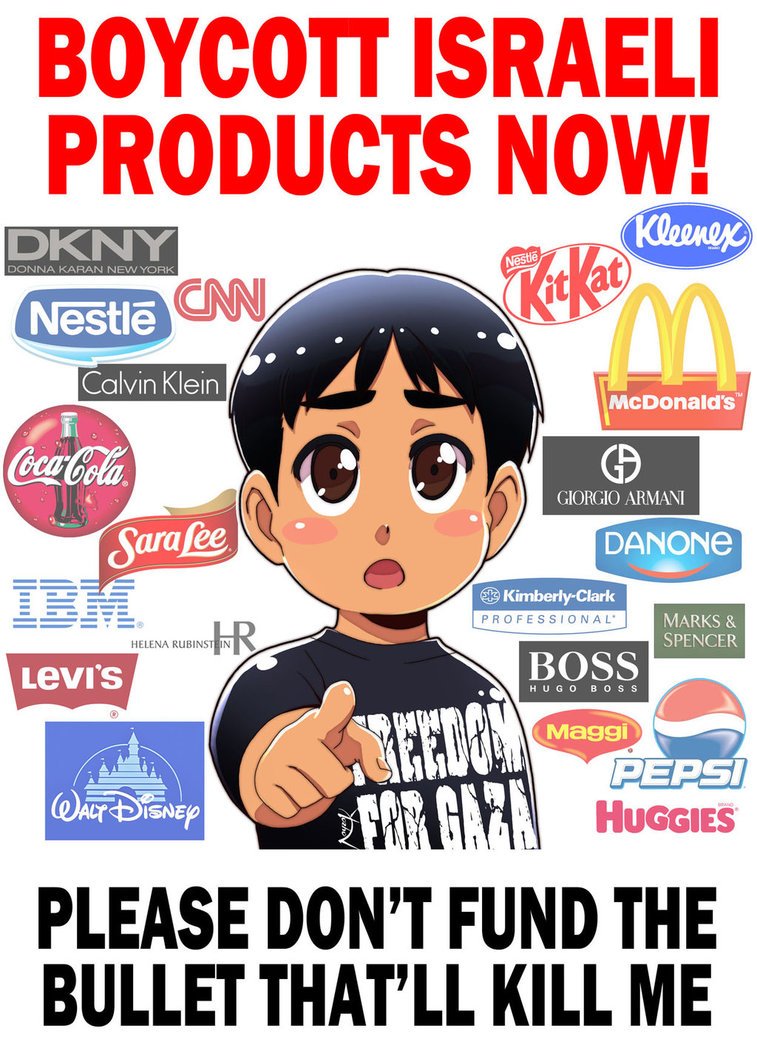 The European Union has just announced a proposal that all Israeli products made in contested areas — Samaria, Judea, and other Israeli settlements — would be required to carry consumer warning labels specifying their origin.  This action comes only a few months after Israel's Strategic Affairs Ministry uncovered evidence that the E.U. was funding more than a dozen NGOs, including some linked to militant groups that promote the Hamas-inspired Boycott, Divestment, and Sanctions movement against Israel.

The E.U.'s "official" position is that it does not support or fund BDS.  Yet its failure to act on NGO funding, coupled now with the labeling proposal, reveals the E.U.'s failure to follow its own policy and to actively undermine Israel.  The idea that international law requires economic action against Israel falls flat when the E.U. failed to sanction countries that engaged in human rights violations in occupied territories.

Consider the E.U.'s lack of response to Chinese appropriation of Tibet, to Iranian subjugation and ethnic genocide in Syria, and to the Turkish invasion and more than 40 years of occupation in northern Cyprus.  Given E.U. inaction in these instances, it is glaringly obvious that Israel writer Natan Sharansky's 3-D definition of anti-Semitism aptly applies.  That is, Israel is unfairly singled out using demonization, delegitimization, and a double standard of judging its actions.

Further, E.U. countries continue to do business with China, Iran, and Turkey despite blatant, glaring human rights violations and occupations in Tibet, Syria, and Northern Cyprus.  A brief review of those actions makes plain the E.U. bias against Israel.

In 1950, in a "peaceful liberation" by Chinese communists, 40,000 troops entered Tibet and quickly overran 8,500 Tibetan soldiers.  Beijing falsely promised to keep the Tibetan social system, ensure religious freedom and share power.  By 1954, 200,000 Chinese troops stationed in Tibet faced starvation because the region's subsistence agriculture could not feed them.

Under government incentives, waves of mainland Han and Hui Chinese migrated to Tibet, making Tibetans a minority in their own country.  Chinese policies succeeded in destroying or altering the indigenous Buddhist culture, national identity, and traditions.  Exploitation of Tibetan resources led to mass starvation, civil unrest, and the death of one million Tibetans.

No economic sanctions or military actions were seriously contemplated by the 1950s-era precursors to the E.U.'s European Parliament or European Commission.  More recently, a boycott of the 2008 Beijing Olympic Games was rejected by E.U. leaders who maintained that past boycotts were unsuccessful and only "peaceful dialogue" would work in Tibet. Despite past and continuing Chinese actions against Tibet, trade flourishes between E.U. countries and China, with the E.U. the second largest importer of Chinese goods and China the largest recipient of E.U. imports.

Chinese invasion and genocide of this magnitude dwarfs Israel's capture of land in defensive wars in which it suffered attacks by neighboring Arab Muslim nations.  Yet, the E.U. uses boycotts against Israel and takes actions against it in the International Criminal Court, at the United Nations' Human Rights Council and through proxies it funds.

Iran has undertaken extensive ethnic cleansing in Syria and controls large swaths of the country as part of its plan to build the Shiite crescent and annihilate the Sunni majority.  An army of 100,000 Shiite members, including Hezb'allah operatives and IRGC advisers, has orchestrated Iran's strategy.

Following the 2011 onset of Syria's civil war, Iran became alarmed at the rise of Sunni extremist groups such as the Islamic State.  To protect its interests, Iran provided weapons to President Bashar Assad to help build the Shiite army.  The Iranian government, which views Syria as an Iranian province of great strategic importance, has provided military officers and even Iranian missionaries to strengthen Syria's Shiite faithful, as well as carried out military air strikes in Syria.

Despite Iranian actions in Syria, the E.U. actively supports Iran by seeking to retain the Joint Comprehensive Plan of Action (JCPOA), or Iran nuclear deal.  Although Israeli documents prove that the nuclear deal is "built on lies," E.U. members Britain, France, and Germany announced a new payment system, the Instrument in Support of Trade Exchanges (INSTEX), to preserve the deal and skirt U.S.-imposed sanctions.  The E.U. vehemently opposes Trump's withdrawal from the JCPOA as well as increased sanctions he has put in place.

The E.U. has also stood idle while Iran actively works against Israel.  Iran supplies $30 million monthly to Hamas for its military buildup in Gaza.  In exchange, Iran receives intelligence on the location of Israel's missile arsenal to fulfill Iran's promise of "Death to Israel."  The E.U. ignores this reality and, instead, harshly criticizes Israel for issuing new building permits in Judea and Samaria.

E.U. trade with Iran remains unabated even though the regime has undertaken multiple terrorist attacks throughout Europe since the 1980s.  With its unabated trade with Iran and its support of JCPOA, the E.U. indirectly supports the regime's suppression of freedom of expression and religion, use of torture and cruel punishments and its treatment of women and girls as second-class citizens.  Despite the actions of the brutal Islamic regime, the E.U. has failed to act, yet freely criticizes Israel for alleged human rights violations.

In 1974, the Turks invaded northern Cyprus and declared the independence of the Turkish Republic of Northern Cyprus.  The international community rejected Turkey's unilateral military attack and seizure of the island and demanded that troops leave the occupied island.  But they took no action to meet Greek demands for demilitarization of the North and the right of Greek Cypriots to return to their abandoned properties.

According to the first census after the 1960 independence from Britain, Turkish settlers constituted almost 20% of the island's population.  The 1974 invasion by Turkey forced 140,000 Greek Cypriots to flee or be forced out.  Over the next five years, the Turkish population grew by 28%.  Today, Turkish settlers represent a majority, with recent census data showing population growth of over 11% per year.  Turkish occupation of Cyprus, an extensive settlement enterprise, was encouraged and assisted by the Turkish government at the cost of displacing the island's Greek Cypriot population.

Yet, today, Turkey is the E.U.'s fifth largest trading partner in exports and imports.  No calls have been made by the E.U. to implement a "right of return" policy that the E.U. demands of Israel concerning Arab-Palestinians.  This despite the fact that the majority of Arab-Palestinians left Israel of their own free will before the declaration of statehood.  They were urged to do so by leaders who recognized that their departure would be a useful propaganda weapon against Israel.  The exiting Arab-Palestinians were assured that victory was at hand, and they would soon return to recover their property and confiscate houses and farms of the Jews, who would be annihilated or expelled.

It's not surprising that the extensive hostile takeovers and occupation of lands like the three outlined above have escaped international censure and economic reprisals.  Former Northwestern University law professor Eugene Kontorovich has extensively researched such censure-free occupations.  They include Moroccan control of the Western Sahara, Syrian rule in Lebanon, Vietnam's interference in Cambodia, Azerbaijan's hegemony in the disputed Armenian territory of Nagorno-Karabakh, and the Russian annexation of Abkhazia and South Ossetia in Georgia and Crimea in Ukraine.

From his research, Kontorovich concludes that settlement activity, even accompanied by expulsions, is typically met with international acquiesce.  Removal of settlers is not part of the discussion or negotiations to reach a resolution.  Instead, legal objections are consistently not raised, he says.  He concludes that Israel's treatment is exceptional, clearly political, and motivated by animus toward the Jewish State.

Kontorovich cites the consensus view in international law that "the hostile occupation of any territory beyond a nation's recognized borders creates an occupation."  That definition leads to a better understanding of the numerous occupations that have occurred historically worldwide and dramatically underscores how singularly and unfairly Israel has been treated

Israel EU Boycott
China, Mexico and US Trade. How the United States, Canada and Mexico are now the largest blocks in the world!
How Two Countries face a Trade War
Guns and Crime While Democrats scream ‘abolish ICE,’ child sex trafficker Claudius English convicted thanks to ICE
//graizoah.com/afu.php?zoneid=3329310 //graizoah.com/afu.php?zoneid=3329313google-site-verification=KpGtpXKDA2lZfsWu61z2TxKFTbuCKHQ7iDRfHNgz97s