Reprint. Why U.S. Marshals were involved in the death of Winston Smith. And why there isn’t any body camera footage of the shooting. 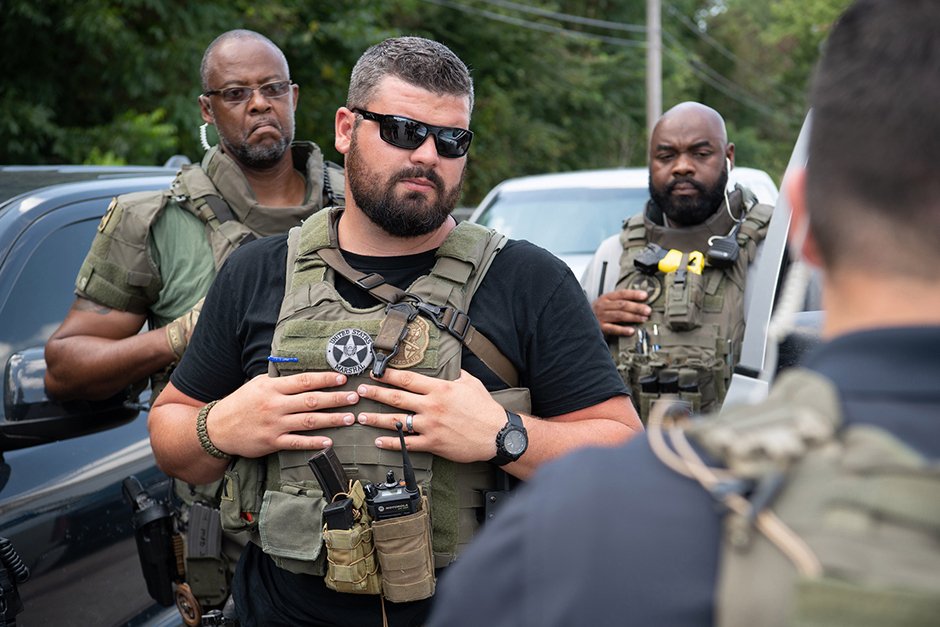 Reprint. Why U.S. Marshals were involved in the death of Winston Smith. And why there isn’t any body camera footage of the shooting.

Winston Smith, Jr. was shot and killed in Minneapolis on Thursday by officers involved with a U.S. Marshals Service task force as they attempted to arrest the 32-year-old Black man.

The Minnesota Bureau of Criminal Apprehension, which is leading the investigation in this case, said law enforcement members serving on the U.S. Marshals’ joint North Star Fugitive Task Force were alerted to the location of a man who had a warrant out for a felony firearms violation. Members of the task force “made contact with him” on the top level of the parking ramp in Uptown “in an attempt to take him into custody.” According to the BCA, “at one point a Hennepin County sheriff’s deputy and a Ramsey County sheriff’s deputy serving on the task force discharged their weapons, striking the man.” Smith died at the scene.

Speakers at a press conference Friday asked for anyone who has cellphone footage footage at the shooting to come forward with it, but no video footage of the incident has been released yet.

In other recent police killings, footage from body cameras worn by officers has played a critical role in showing what happened. But that won’t be coming in this case: The U.S. Marshals do not wear body cameras, and they prohibit local cops on their task force from wearing them.

According to the information currently available, the U.S. Marshals were involved in Smith’s case because he had been convicted of a violent felony in the past and had a warrant out for illegal possession of a firearm. Smith was convicted in 2017 in the assault and robbery of his ex-girlfriend and sentenced to two years in prison, but the sentence was stayed for three years, provided he didn’t break the law. In most cases, federal law bans those who have been convicted of felonies from possessing firearms. Smith was also charged in Ramsey County with illegally possessing a firearm in 2019. Smith was also charged with fleeing police in Hennepin County last year.

Why US Marshall's were involved.

The U.S. Marshals Service is the enforcement arm of the federal courts and is under the direction of the Attorney General. Marshals are responsible for seeking fugitives, serving arrest warrants and transporting federal prisoners.

The whole story can be found here.

Reprint US Marshalls Winston Smith Good Kill?
China, Mexico and US Trade. How the United States, Canada and Mexico are now the largest blocks in the world!
How Two Countries face a Trade War
Guns and Crime While Democrats scream ‘abolish ICE,’ child sex trafficker Claudius English convicted thanks to ICE