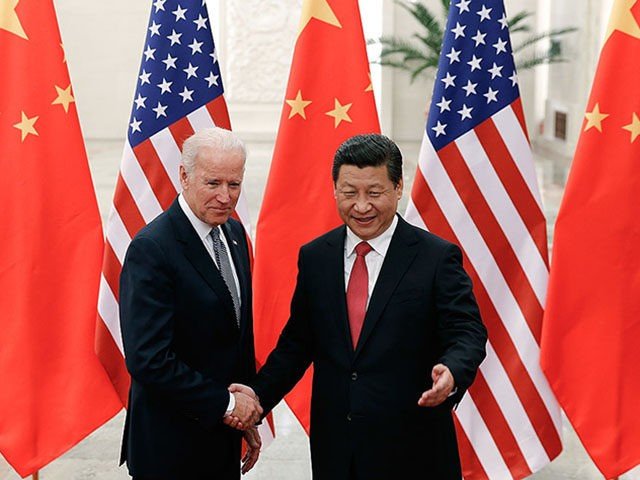 Original can be found here and here.

President Joe Biden shut down a State Department probe this spring into the origins of COVID-19 in China that was launched by the Trump administration under Secretary of State Mike Pompeo last fall, according to a CNN report Tuesday.

Last year, concerns voiced by President Donald Trump that COVID-19 might have escaped from a lab in Wuhan, China, were dismissed by media fact-checkers as conspiracy theories. Now, however, those concerns are gaining traction.

The Biden administration has said that it wants China to be more transparent, and wants the World Health Organization (WHO) to conduct an independent inquiry. But the WHO is widely seen as having helped China cover up the pandemic.

President Joe Biden‘s team shut down a closely-held State Department effort launched late in the Trump administration to prove the coronavirus originated in a Chinese lab over concerns about the quality of its work, according to three sources familiar with the decision.

The existence of the State Department inquiry and its termination this spring by the Biden administration — neither of which has been previously reported — comes to light amid renewed interest in whether the virus could have leaked out of a Wuhan lab with links to the Chinese military. The Biden administration is also facing scrutiny of its own efforts to determine if the Chinese government was responsible for the virus.

Those involved in the previously undisclosed inquiry, which was launched last fall by allies of then-Secretary of State Mike Pompeo, say it was an honest effort to probe what many initially dismissed: that China’s biological weapons program could have had a greater role in the pandemic’s origin in Wuhan, according to two additional sources.

But the inquiry quickly became mired in internal discord amid concerns that it was part of a broader politicized effort by the Trump administration to blame China and cherry-pick facts to prove a theory.

Ironically, then-candidate Joe Biden and others criticized President Trump during the 2020 campaign for allegedly having “dissolved” the White House pandemic unit (in fact, it was reorganized in ways that advocates said made it more effective).

Biden also claimed, falsely, that Trump had “rolled over for the Chinese” and that he did not ask China to allow the U.S. to investigate the coronavirus. Biden promised he would “insist, insist, insist” that China had to let the U.S. in to investigate.

Now, Biden has reportedly dissolved an effort to investigate the origins of the pandemic, and has “rolled over for the Chinese” rather than insisting that the U.S. be allowed to conduct its own investigation of how the COVID-19 virus emerged.