Reprint. What did Joe know, and when? Sources: Secret Service inserted itself into case of Hunter Biden’s gun 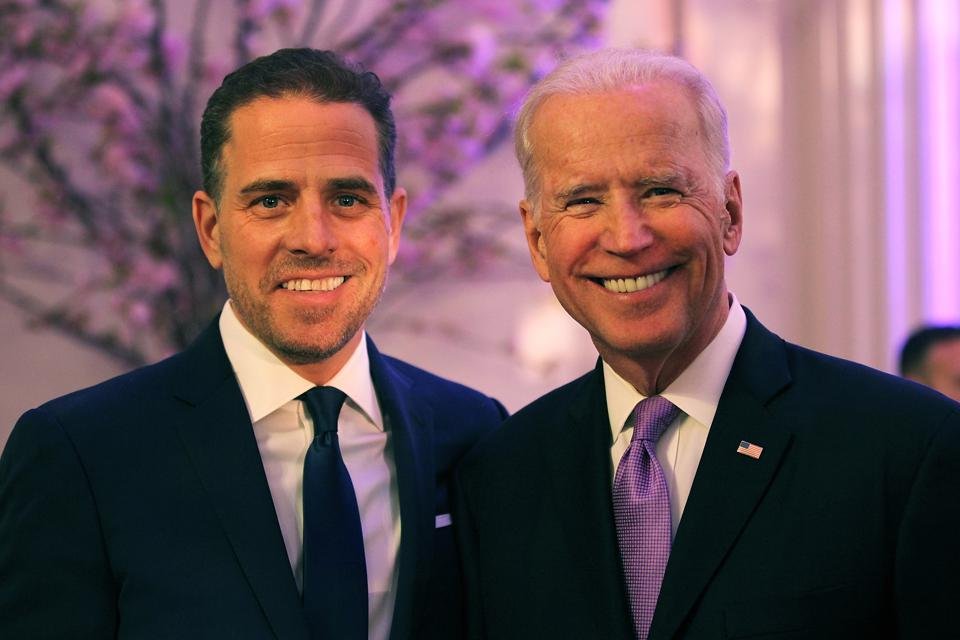 On Oct. 23, 2018, President Joe Biden’s son Hunter and daughter in law Hallie were involved in a bizarre incident in which Hallie took Hunter’s gun and threw it in a trash can behind a grocery store, only to return later to find it gone. Delaware police began investigating, concerned that the trash can was across from a high school and that the missing gun could be used in a crime, according to law enforcement officials and a copy of the police report obtained by POLITICO.

Days later, the gun was returned by an older man who regularly rummages through the grocery’s store’s trash to collect recyclable items, according to people familiar with the situation.

The incident did not result in charges or arrests.

But the alleged involvement of the Secret Service remains a mystery. One law enforcement official said that at the time of the incident, individual Secret Service agents at the agency’s offices in Wilmington, Del., and Philadelphia kept an informal hand in maintaining the former vice president’s security. The person cited an instance in 2019 when the Wilmington office of the Secret Service called the Delaware State Police to arrange security for a public appearance by Biden.

The Secret Service declined to answer a question about whether it had informal involvement in Biden's security during this period. Asked whether the Secret Service requested state police security for Biden during the period when he was not under the agency’s protection, a Delaware State Police spokesman said, "I have reached out to our sergeant who oversees the Executive Protection Unit with the Delaware State Police.

He is unaware of any such requests or services provided." Any involvement by the Secret Service on behalf of the Biden family or on its own initiative would be inappropriate interference in an incident that was already being investigated by Delaware State Police with the involvement of the FBI, according to law enforcement officials.

POLITICO obtained copies of the Firearms Transaction Record and a receipt for the gun dated Oct. 12, 2018. Hunter responded “no” to a question on the transaction record that asks, “Are you an unlawful user of, or addicted to, marijuana or any depressant, stimulant, narcotic drug, or any other controlled substance?”

Five years earlier, he had been discharged from the Navy Reserve after testing positive for cocaine, and he and family members have spoken about his history of drug use. Lying on the form is a felony, though prosecutions for it are exceedingly rare.

Neither Hallie Biden nor George Mesires, a lawyer for Hunter Biden, responded to requests for comment. The gun-store incident occurred during a period after Hunter Biden’s administrative discharge from the Naval Reserves for his positive cocaine test and his subsequent divorce from his first wife, Kathleen.

At the time of the gun incident, Hunter was in a romantic relationship with Hallie, the widow of his late brother, Beau. The incident began when Hallie searched Hunter’s pickup, which was parked at her home in Wilmington, because of unspecified “suspicions she had,” according to the Delaware State Police report.

Inside the truck, she found a .38 revolver. Hallie took the gun to Janssen’s Market, a nearby high-end grocery store where the Bidens are longtime regular customers. There, she tossed the gun, wrapped in a black shopping bag, into a trash bin outside of the store.

Later that day, Hallie informed Hunter of what she had done, and he instructed her to retrieve the gun, according to the police report. When Hallie returned to the grocery store, she found that the gun was missing from the garbage bin and reported the issue to the store.

Police received calls from the store’s general manager, Paula Janssen, and from another person, according to the report. The missing gun caused heightened concern, according to the police report, because the grocery store sits across the street from Alexis I. du Pont High School.

Arriving on the scene, Delaware State Police retrieved security camera footage from the store and interviewed Janssen, the store manager. “We complied with the police and gave them whatever security footage we could,” Janssen told POLITICO. The Federal Bureau of Investigation also responded to the scene, according to people familiar with the situation.

At the time, the FBI was monitoring Hunter Biden as part of an investigation that remains ongoing and that currently focuses on his taxes. The FBI declined to comment. In addition to questioning Hallie, police called Hunter to the scene, where he was questioned outside the store’s loading dock area and explained he used the gun for target practice, according to the report.

At one point, two of Janssen’s employees, described by the police report as “Mexican males,” walked past the loading dock area, and Hunter told a police officer that the store had some suspicious people working for it. Asked if he was referring to those two staffers, Hunter responded, “Yea, prolly illegal,” according to the report.

When a police officer asked Hunter whether the gun had been used in a crime, the officer reported that Hunter "became very agitated with me and asked me if I was intentionally trying to make him mad," according to the report. When the officer asked Hunter whether he had been doing drugs or drinking heavily, he responded, "Listen, it isn't like that. I think she believes I was gonna kill myself," according to the report.

An officer asked Hunter whether he had called his father about the incident before he arrived. Hunter responded, “I have never called my dad for anything,” according to the police report. After being questioned, Hunter retrieved the case for the gun — which included the gun's serial number — from Hallie's house and returned to the grocery store to hand it over to police, according to the report.

While police questioned Hunter and Hallie, two Secret Service agents arrived at the store where Hunter had purchased the gun, StarQuest Shooters & Survival Supply in Wilmington, according to the two people familiar with the incident. The agents showed their badges and identification cards to Palmieri, the store’s owner, and asked to take possession of the Firearms Transaction Record that Hunter had filled out to buy the gun earlier that month, according to the people familiar with the incident.

The Delaware State Police previously rejected POLITICO’s FOIA request for records related to the incident last November. The incident has received scant attention, save for a report on the conservative website The Blaze that focused on the state police decision not to file charges against either Hunter or Hallie.

A White House spokesperson said Biden was not aware of any Secret Service involvement in the episode: “President Biden did not have any knowledge of, or involvement in, the Secret Service’s alleged role in this incident, and neither he nor any family member was a protectee at that time.”