Reprint. States that voted for Biden lost jobs at more than double the rate of Republican ones during pandemic 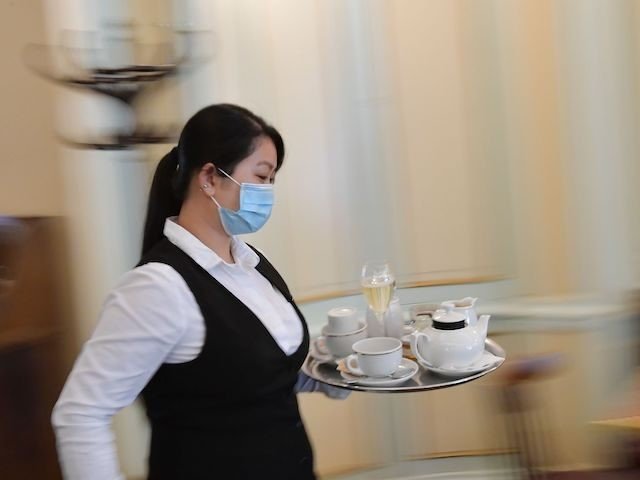 States that voted for Biden lost jobs at more than double the rate of Republican ones during pandemic.

Job losses differed significantly during the lockdowns for the Chinese coronavirus pandemic for states based on party affiliations, according to a recent analysis by the Daily Mail.

The Daily Mail analysis shows one of the main reasons job loss rates differed could be the varying severity of state lockdown restrictions. “Between February and December of last year, states that went for Biden saw the total number of people working drop an average of 6.2 percent, versus a 2.5 percent decline in those voting for the Republican,” the report claimed, referencing federal jobs data.

The 13 states that saw the least amount of decline in employment are all strongly Republican-leaning. The chart is led by Alaska and Utah, which according to the report, saw an increase in the jobs by 0.7 and 0.3 percent, respectively.

Of the states with the highest loss of jobs during the pandemic, 13 of the 14 states voted for Biden. Nevada and Hawaii led this group of states, which decreased employment by an extraordinary 10.2 and 9.3 percent, respectively.

Another report from Reason explains why the difference in jobs lost is not because of the pandemic itself. The report points to states like Hawaii, which “is not just the job-loss leader; it’s also the state with the least mortality from the pandemic,”

The report added, “New York is third in job loss, second in death rate.” The report shows the job losses are from the difference in how the states handled the “restrictions on businesses and school closures.”

“Blue-state governors in California and New York and Michigan have been far more strict about shutting down economic and physical activity than their red-state counterparts in Florida, South Dakota, and Texas,” the report continued. “The comparative death tolls are roughly the same (California tracks with Florida, New York with South Dakota, and Michigan with Texas); the economic performances are anything but.”

One other possibility from the report shows voters for Trump tend to be more spread out in rural areas, in addition to having a “different employment mix including more industries such as farming and mineral exploration, which continued apace through the pandemic.

The report additionally said, “nationally, the U.S. unemployment rate reached 6.7 percent last December, up from 3.5 percent when the pandemic began.”

This chart shows the change in the employed civilian labor force between February and December 2020, by state 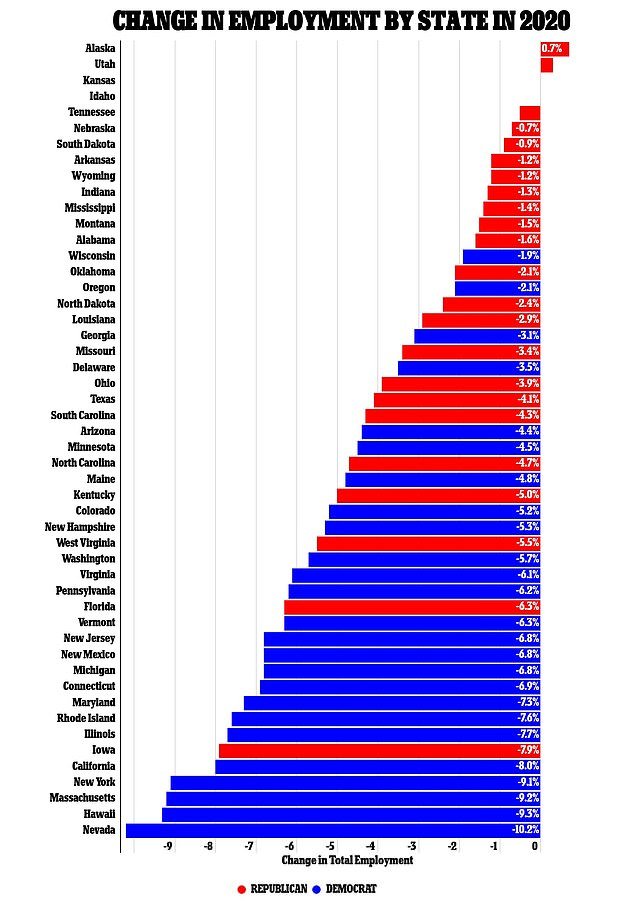