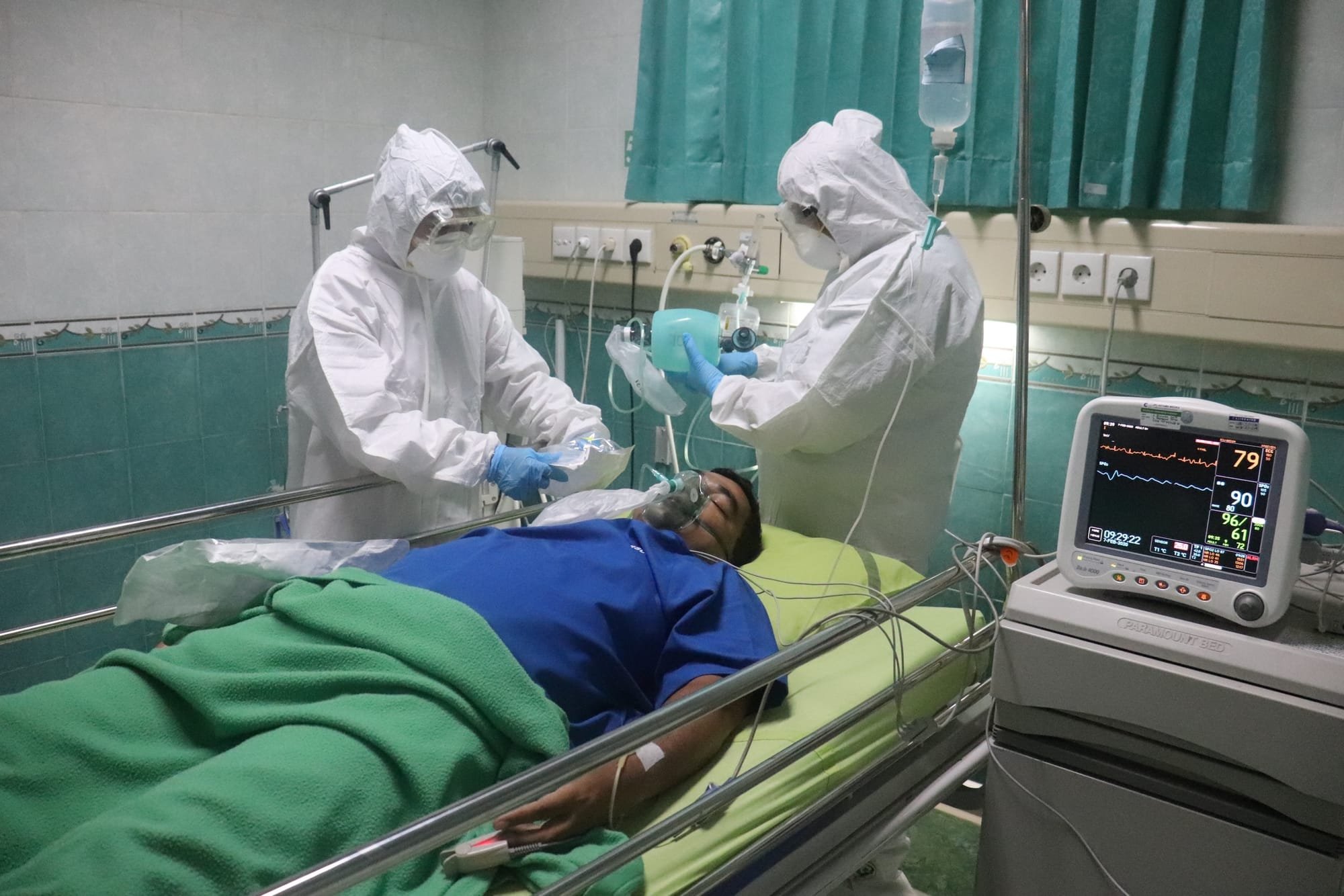 A Minnesota man battling COVID-19 has been transferred to a Texas hospital after a judge ruled
that he cannot be taken off life support.

Scott Quiner, 55, a father-of-three, contracted COVID-19 in October and was put on a ventilator
at Mercy Hospital in Coon Rapids, Minnesota, in November. His wife, Anne Quiner, was
reportedly told by doctors that his ventilator would be switched off on Jan. 13 after he suffered
lung failure.

According to Fox 9, Quiner, who is unvaccinated, was put on a ventilator after his oxygen levels
dropped drastically.
Anne Quiner sought a restraining order from Anoka County court, claiming that Allina Health,
which operates Mercy Hospital, told her that her husband’s life support would be turned off.

She wrote in a petition that “my husband will die,” without a judge’s decision.

“I have advised the doctors that I vehemently disagree with this action and do not want my
husband’s ventilator turned off,” she said, the Star Tribune reported citing court papers.

She was granted a temporary restraining order against the hospital on Jan. 13. The order blocked
the hospital from switching off Quiner’s ventilator while his wife found a new hospital to treat
him.
Quiner’s family lawyer, Marjorie J. Holsten, told ABC News in a statement on Monday that
Quiner was relocated to a Texas hospital, where he remains on a ventilator.

“A doctor evaluated him and determined that he was severely undernourished. Scott has been
receiving much-needed nourishment and hydration and medications that were not given by
Mercy,” Holsten said.

“He is being weaned off of the sedating drugs and has already been able to follow with his eyes
movements the doctor made with his hands. He is making progress in the right direction, though
he has a long road ahead of him and continued prayers are appreciated."

Holsten separately told the Star Tribune that Quiner’s doctor said that he was “the most
undernourished patient he has ever seen.”
“The last update I got was yesterday afternoon after some tests had been run. All organs are
working except his lungs,” she added.

The Epoch Times has contacted Allina Health for comment.
The group told several news outlets in a statement that it “has great confidence in the exceptional
care provided to our patients, which is administered according to evidence-based practices by our
talented and compassionate medical teams.”

“Due to patient privacy, we cannot comment on care provided to specific patients,” the health
system wrote. “Allina Health continues to wish the patient and family well. Any information
regarding the patient’s on-going care should be directed to his current medical provider."

Apparently, the words of the Hippocratic Oath have changed
from “First do no harm...” to “First get the money...”