Racism from the Left. 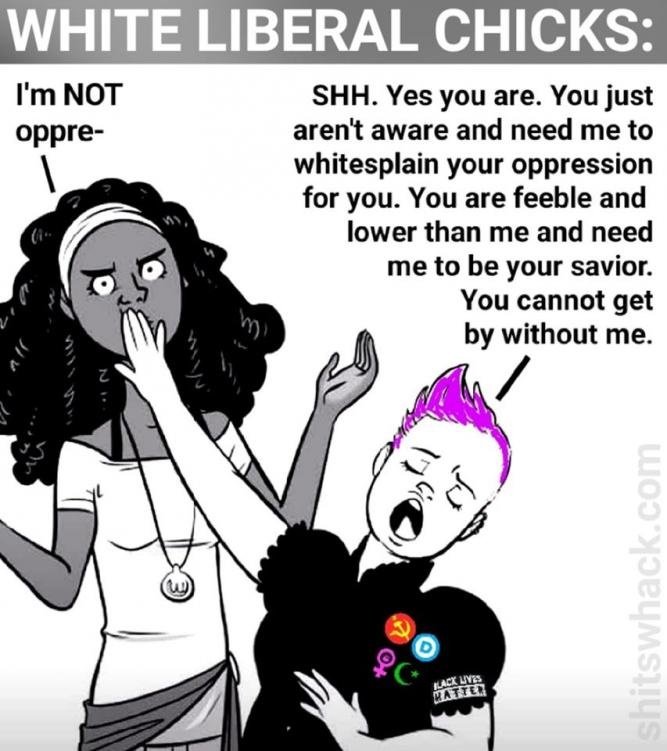 Racism from the Left. We always hear from the left about how racist Conservatives and those right of center are racist. And of course it mostly comes from the extremists on the left. And many of those same folks have been labeled as racists. Some even by Liberal media.  How crazy is that?

Recently a person said that I was a racist because I pointed out the multi millionaire Michelle Obama was lower middle class. Lived in a apartment, father a labor in the water plant.She was on the poor side. Praise the lord for affirmative action.

Now let's get one thing straight. When you talk racism and the KKK, you have to connect the Democrats with The Confederacy and the KKK. And during the Civil War the Northern Democrat who ran against Lincoln Promised the south that they could keep slavery if they rejoined the Union. Historical facts.

Having previously authored such pedagogical gems as “Introduction to White Trash: Race and Class in America,” “White Trash Religion,” and “Three generations of imbeciles are enough: American eugenics and poor white trash,” Matt Wray is apparently an expert in all things white trash (perhaps due to personal life experience?), and thus wants to preach what he thinks he knows about the subject.

Over the past several years I've seen where the left has written things like.

Some of my best friends are black.

Using the N word isn't racist if used among blacks.

Blacks life situations are reasons why the N word is used.

Referring to Blacks as one of them.

Referring to Blacks as one of those people.

I'm married to one of them.

Using the N word when blacks are playing baketball is just talking smack.

Not racist for blacks to use the N word cause they have no Power.

Blacks aren't racist cause they have no power.

I could give a hundred more examples. But I think I made my point. What's mind blowing is that the folks who made the above comments don't see their racism.

Democrats Progressives Racism Hate Bigots
China, Mexico and US Trade. How the United States, Canada and Mexico are now the largest blocks in the world!
How Two Countries face a Trade War
Guns and Crime While Democrats scream ‘abolish ICE,’ child sex trafficker Claudius English convicted thanks to ICE