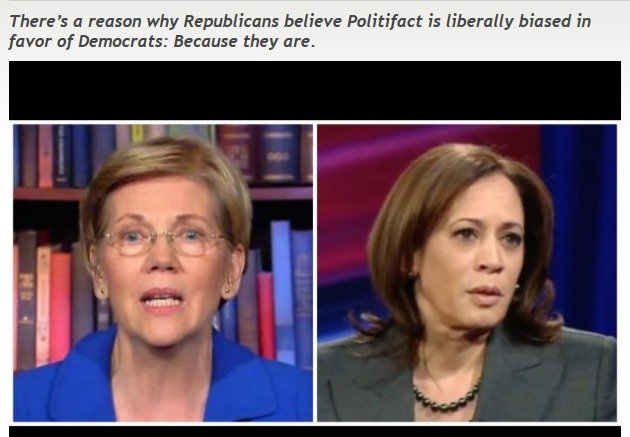 Last Friday was the 5 year anniversary of the shooting death of Michael Brown by Ferguson, MO police officer Darren Wilson.

The 2014 case was one that widened the racial divide across the country for a number of reasons, including media/Democrat-driven narratives like “hands up, don’t shoot” and “gentle giant” that were later found “not credible” by President Obama’s DOJ.

A number of presidential candidates noted the anniversary on their Twitter feeds, but the two from Democratic Sens. Kamala Harris (CA) and Elizabeth Warren (MA) in particular generated conservative outrage because they falsely claimed Brown was “murdered”:

Michael Brown’s murder forever changed Ferguson and America. His tragic death sparked a desperately needed conversation and a nationwide movement. We must fight for stronger accountability and racial equity in our justice system.

5 years ago Michael Brown was murdered by a white police officer in Ferguson, Missouri. Michael was unarmed yet he was shot 6 times. I stand with activists and organizers who continue the fight for justice for Michael. We must confront systemic racism and police violence head on.

Former Fox News “Special Report” host and veteran journalist Brit Hume was one of the more high-profile Twitter users who corrected the “murder” claim on the same day the two Senators posted their tweets:

I don’t know which is worse: that she still believes this, or that she knows it’s false and says it anyway. And why is the officer’s race an issue? Not even the Obama Justice Dept. concluded there was a murder. https://t.co/Gtkj1nfvxE https://t.co/lVxHAtvRuj

Two days later, Hume called out the mainstream media and fact checkers who up until that point had turned a blind eye to the false claims about Michael Brown’s “murder” that Warren and Harris had made:

Both Kamala Harris and Elizabeth Warren said on Twitter Friday that Michael Brown was “murdered” by a “white” policeman in Ferguson, Mo. This is an absolute whopper and obviously does nothing to calm racial tension in this country. Yet it’s gotten almost no coverage.

The following Monday, not one, not two, but three different outlets fact checked what Warren and Harris had asserted about Michael Brown’s death, including Glenn Kessler at the Washington Post, who gave them four pinocchios for their claims after doing a thorough reexamination of the Obama Justice Dept.’s 86-page investigative report on the incident. Here’s what Kessler concluded:

Instead, the Justice Department found that the popular narrative was wrong, according to witnesses deemed to be credible, some of whom testified reluctantly because of fear of reprisal. The department produced a comprehensive report to determine what happened, making the senators’ dismissal of it even more galling. Harris and Warren both earn Four Pinocchios.

FactCheck.org also investigated Harris’s and Warren’s claims by similarly reviewing the Obama DOJ’s report, and declared that the Senators were “wrong” to state Brown was “murdered”:

But on the issue of whether Wilson acted in self-defense in shooting Brown, the DOJ’s 86-page report said that he had.

The shots Wilson fired “were in self-defense and thus were not objectively unreasonable under the Fourth Amendment,” which prohibits unreasonable seizures and use of force, the report said. It concluded that Wilson’s “actions do not constitute prosecutable violations under the applicable federal criminal civil rights statute, 18 U.S.C. § 242, which prohibits uses of deadly force that are ‘objectively unreasonable,’ as defined by the United States Supreme Court.”

While the left-leaning Washington Post and FactCheck.org outlets typically feign neutrality in their reporting and analyses of various issues, Vox.com is admittedly run by leftists and even they took issue with what Warren and Harris tweeted about Brown’s death:

In other words, this wasn’t a murder or a federal civil rights violation, based on the evidence we have.

Five years after the shooting, though, major presidential campaigns are still getting the details wrong.

For the record, the Washington Post, FactCheck.org, and Vox.com all reached out to the Harris and Warren campaigns about this issue but as of this writing have not heard back.

With even the leftiest of left-wing websites and fact checkers taking Warren and Harris to task, you’d think the liberals at Politifact would feel free and clear to come to a similar conclusion. But they didn’t.

Here’s how they framed their fact check:

NEW: Kamala Harris and Elizabeth Warren called Michael Brown's killing in Ferguson a "murder." Legally, it wasn't. How much should this word choice matter? https://t.co/Gnv0ZBFCZs pic.twitter.com/H3usKiPyCy

To Politifact, the use of certain words like “murder” are “open to some dispute” so we really can’t make a definitive judgement call on if using the word in the context Harris and Warren did is right or wrong:

Because the significance of Harris’ and Warrens’ use of the word is open to some dispute, we won’t be rating their tweets on the Truth-O-Meter.

Here are other assertions that were made about the use of the word “murder” by the esteemed geniuses at Politifact:

In discussing the case with legal experts, however, we found broad consensus that “murder” was the wrong word to use — a legal point likely familiar to Harris, a longtime prosecutor, and Warren, a law professor.

That said, experts who have studied police-related deaths and race relations said that focusing too much on the linguistics in controversial cases comes with its own set of problems.

“I don’t know if the legalistic distinction intensifies the anger, but it does feel like an attempt to shift the debate from a discussion about the killing of black and brown people by police,” said Jean Brown, who teaches communications at Texas Christian University and specializes in media representations of African Americans.

“There are clear instances of unjustifiable police killings of black men that amounted to murder,” [University of Missouri School of Law Frank O.] Bowman said. “If that’s the point one wants to make, one should do one’s homework and get the law and the facts right.”

Some legal experts argued that there’s a difference between being legally precise and using language more informally.

Finally, some cautioned that over-analyzing legal terminology can obscure the discussion of larger issues.

Joy Leopold, an assistant professor of media communications at Webster University in Missouri who has studied the Brown case, said it’s not uncommon for smaller issues such as legal terminology to crop up in controversial cases like this.

“Focusing on the language opens up the opportunity for some to discredit the conversation about police brutality and the criminal justice system in general,” Leopold said.

Hume and others ripped Politifact over their blatantly biased “fact check”:

In which @Politifact twists itself in knots so as not to acknowledge the obvious falsity of Elizabeth Warren and Kamala Harris’s claim that Michael Brown was “murdered” in Ferguson, Mo. It’s almost a parody.  https://t.co/TyEf9Lrf92

Politifact does damage control for Democrats Elizabeth Warren and Kamala Harris, who both falsely claimed Michael Brown was "murdered"

"Because the significance of Harris’ and Warrens’ use of the word is open to some dispute, we won’t be rating their tweets on the Truth-O-Meter" https://t.co/VWFNA6alqz

“Because the significance of Harris’ and Warrens’ use of the word is open to some dispute, we won’t be rating their tweets on the Truth-O-Meter.”

Open to some dispute? That’s why we have self-styled “Fact-Checkers”! Your job is to MAKE THE CALL, not tell us its complicated.

Can you imagine writing these words and feeling like you’d done a good job? pic.twitter.com/nwWtjYmUGm

This isn’t the first time, by the way, that Politifact has played defense for Democrats:

There’s a reason why Republicans believe Politifact is liberally biased in favor of Democrats: Because they are.

Facts vs Mantra
China, Mexico and US Trade. How the United States, Canada and Mexico are now the largest blocks in the world!
How Two Countries face a Trade War
Guns and Crime While Democrats scream ‘abolish ICE,’ child sex trafficker Claudius English convicted thanks to ICE
Anyone posting a threat especially against a law enforcement officer or politician will be banned.