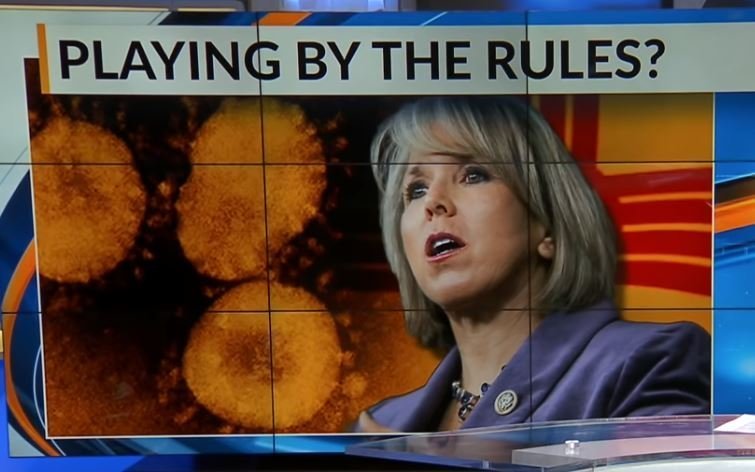 New Mexico Governor refuses to obey the law. Well the governor locks down the state for non essential businesses. for everyone but herself. So we have another example of a Democrat in power who makes the rules, but doesn't follow them. Pennsylvania, Illinois, Michigan, and now New Mexico.

In early April, Gov. Lujan Grisham stressed that New Mexicans needed to stay home and should only go out for essential items such as food. She also announced that all non-essential businesses were closed. But not for her.

“We are in really tough financial times as a state. It mirrors the incredible, personal sacrifices that happen every single day because people have limited their ability to work, telecommuting and many people, in fact, have lost their jobs,” said Gov. Lujan Grisham on April 3rd.

But after Grisham locked down the state she made a private call to her favorite jewelry store to make a purchase.
Of course, she was able to do this because she is the Democrat governor.

But now she got caught and is changing her story.
She can’t get her story straight. Please watch the video.