NBC News Analysis of Hunter Biden's hard drive shows he, his firm took in about $11 million from 2013 to 2018, spent it fast 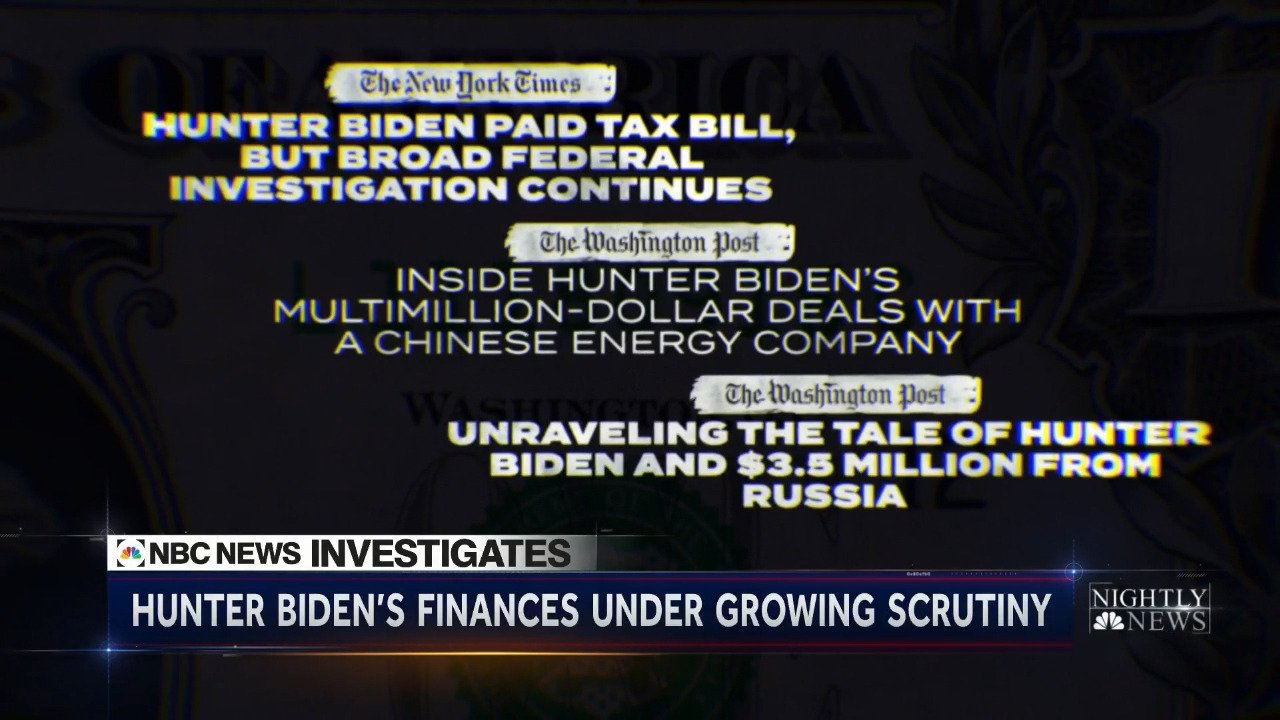 What's this tell you when MSM ( NBC ) sees that something isn't right?

From 2013 through 2018 Hunter Biden and his company brought in about $11 million via his roles as an attorney and a board member with a Ukrainian firm accused of bribery and his work with a Chinese businessman now accused of fraud, according to an NBC News analysis of a copy of Biden’s hard drive and iCloud account and documents released by Republicans on two Senate committees.

The documents and the analysis, which don’t show what he did to earn millions from his Chinese partners, raise questions about national security, business ethics and potential legal exposure. In December 2020, Biden acknowledged in a statement that he was the subject of a federal investigation into his taxes.

NBC News was first to report that an ex-business partner had warned Biden he should amend his tax returns to disclose $400,000 in income from the Ukrainian firm, Burisma. GOP congressional sources also say that if Republicans take back the House this fall, they’ll demand more documents and probe whether any of Biden’s income went to his father, President Joe Biden.

A Hollywood lawyer is brought in and pays Hunter's 2 million dollar tax bill? You hire a lawyer to represent you, not pay your bills. Legal experts say, however, that paying the bill won’t relieve Biden of criminal liability or necessarily erase his debts.

Hunter China Joe Millions
China, Mexico and US Trade. How the United States, Canada and Mexico are now the largest blocks in the world!
How Two Countries face a Trade War
Guns and Crime While Democrats scream ‘abolish ICE,’ child sex trafficker Claudius English convicted thanks to ICE
Anyone posting a threat especially against a law enforcement officer or politician will be banned.