My two cents. Someone's on the lose and it's not Elliot Moose. Here's who should go into the next lock down. 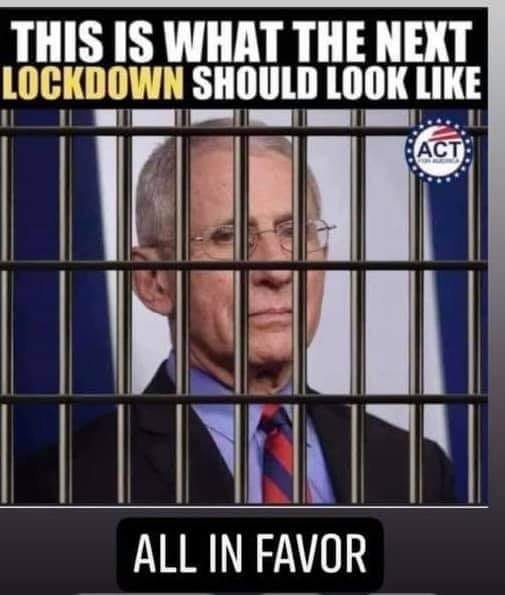 Someone's on the lose and it's not Elliot Moose. Here's who should go into the next lock down. The fauch has given us so much fake news. His junk science guesses alone should have put him behind bars years ago. Every time things calm down, the fauch has to stir things up. Obvious that he just wants attention. He cares not how many have died because of his so called theories.

In 1984 when he stopped practicing medicine should have also been the year he rode off into the sunset. But no, he became an administrator. His latest theory is that a unvaccinated person can create a new variant of the virus just by sitting at home with out being vaccinated. If he would have came out back in March with this, I never would have received the jab. Hoping the next variant would have been created in my house. What an honor to have something named after me. Yeah right.

the fauch locked up
China, Mexico and US Trade. How the United States, Canada and Mexico are now the largest blocks in the world!
How Two Countries face a Trade War
Guns and Crime While Democrats scream ‘abolish ICE,’ child sex trafficker Claudius English convicted thanks to ICE