My two cents. So what's Joe given us ? 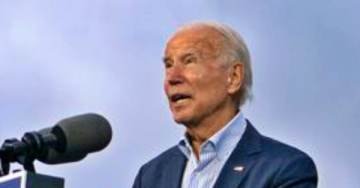 My two cents. So what's Joe given us ? What's Joe's record so far? Inflation. Violent protests. Almost 300 mass shootings. Highest oil prices in three years. Uncontrollable violence. Most executive orders ever. Highest deficit and debt ever. And he hasn't been in office for six months.

Biden still has about six trillion in spending that he still wants. We have this from the Washington Post. And it only covers his first one hundred days.