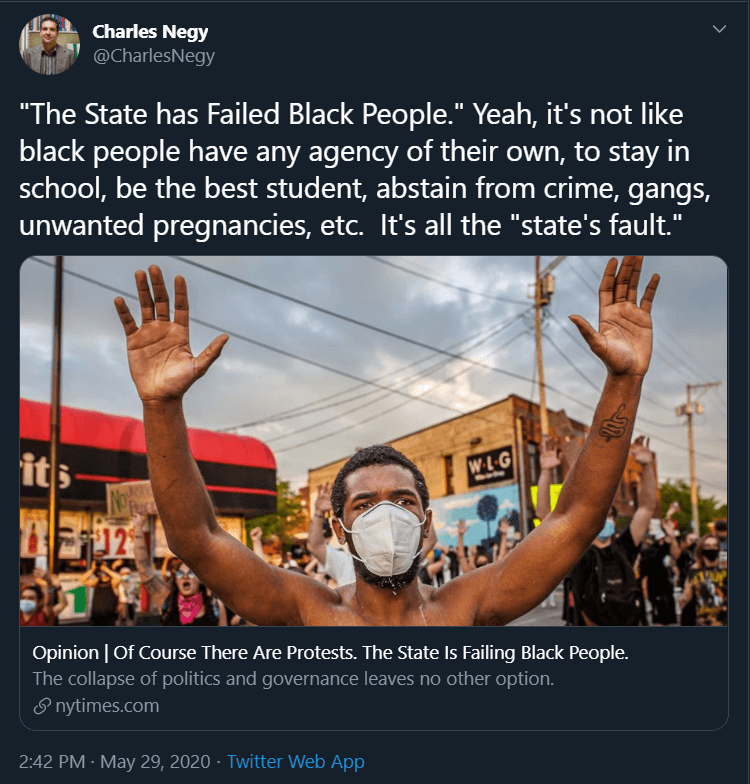 My new American Hero. UCF professor’s tweets called racist; school investigating. Charles Negy. Remember the name. An academic who exposes hate groups like BLM and they're white plantationist allies. For that they want to get rid of him.

Professor Negy doesn't take no crap. He points out how fake this black privilege crap is and they want to get rid of him. Two of his tweets.

"Black privilege is real: Besides affirm. action, special scholarships and other set asides, being shielded from legitimate criticism is a privilege,” Negy tweeted. “But as a group, they’re missing out on much needed feedback.”

In another, Negy tweeted: “Sincere question: If Afr. Americans as a group, had the same behavioural profile as Asian Americans (on average, performing the best academically, having the highest income, committing the lowest crime, etc.), would we still be proclaiming ‘systemic racism’ exists?”