Desperately searching for scraps of bad economic news that could help push the economy into recession, Yahoo News finds one homebuilder in one state while ignoring the surging market everywhere for previously owned housing.  I read the headline below and almost started to weep because the economy is in such dire straits that luxury home–builders are struggling, especially in California.

(Bloomberg) — Wealthy buyers are pulling back from some of the most expensive housing markets in the U.S., the latest sign that sky-high prices and fears of a recession are weighing on a key sector of the economy.

Toll Brothers Inc., the nation’s largest publicly traded luxury-home builder, said late Tuesday that purchase agreements fell 3% from a year earlier, worse than a decline of less than 1% that was expected by a Bloomberg survey of six analysts. The company’s orders in California, home to some of the priciest markets in the country, tumbled 36% from a year earlier. (snip)

The luxury builder’s biggest challenge may be its concentration in California, where its homes under contract had an average price of $1.74 million in the quarter. 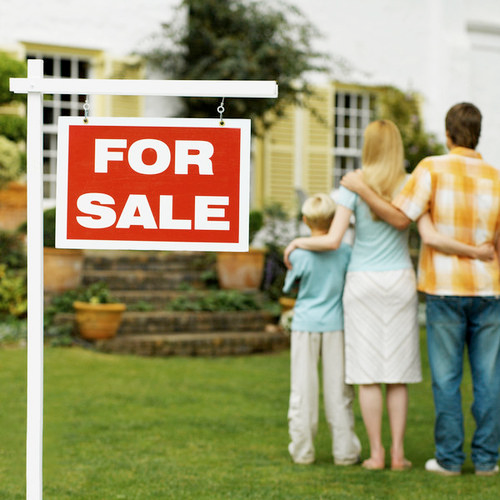 Maybe California should raise taxes and increase regulations some more.  That will help.

Maybe we need a GoFundMe page to raise money for the luxury home–builders.

Toll Brothers stock is up only 12% this year, while other home builders are up more, and their profit margin was at 23% when analysts, who repeat what they are told, thought it would be 23.2%.  Woe is me.

Somehow, Toll is not selling as many houses in California, where their average price is only $1.74 million.  I know that the rest of the country weeps with me when they have trouble selling houses that cheap and the price doesn't continue to climb.  I wonder why so many people are living on the streets in California and defecating while doing drugs when prices are clearly so reasonable!  California is a state so well run state by Democrats that I wonder what could go wrong.

Meanwhile, the lower-priced segment of the housing market is booming.  The income inequality that the media and other Democrats obsess about seems to be declining, but they aren't celebrating:

Toll's results underscore a shift taking place in the U.S. housing market. The return of low mortgage rates is heating up competition for starter homes and fueling steep price gains in cities that have long been more affordable. Meanwhile, expensive markets, like San Jose and Seattle, as well as the luxury homes that Toll builds, have seen a drop-off in demand.

We also see that previously owned homes in the U.S rose to a five-month high in July.

Purchases of previously owned U.S. homes, which cost less than half of Toll's offerings on average, rose to a five-month high in July, the National Association of Realtors said Wednesday.

I wonder why that wasn't the headline of the article.  Could it be that it didn't fit the media's and other Democrats' agenda that we are heading into a recession?

Recession mongering Trump
China, Mexico and US Trade. How the United States, Canada and Mexico are now the largest blocks in the world!
How Two Countries face a Trade War
Guns and Crime While Democrats scream ‘abolish ICE,’ child sex trafficker Claudius English convicted thanks to ICE