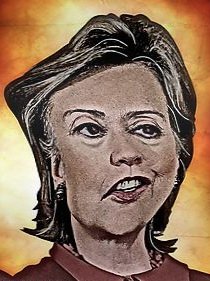 Senate Majority Leader Mitch McConnell’s campaign  team ripped Twitter for requiring an “avalanche  of outrage” to reverse itself on a decision to lock its account for posting a video of threats made against the Kentucky Republican.

The social media platform was accused of holding  double standards this week for deciding that the “Team Mitch” account ran afoul of the company’s terms of service for sharing footage of protesters — at least one of whom audibly called for his death — outside his home in the wake of mass shootings in El Paso, Texas and Dayton, Ohio.

Twitter revisited the issue after a wave of backlash and decided to allow the footage  with a “sensitive media” warning.

“It shouldn’t have taken an avalanche of outrage from across the country to stop Silicon  Valley from launching an effort to silence conservatives like the Majority Leader of the United States Senate in the first place,” said McConnell campaign manager Kevin Golden.

“We look forward to learning more about what steps Twitter will take to ensure that this egregious suppression campaign never happens again,” Mr. Golden said.

The campaign called the

debacle further evidence  that “liberal Hollywood celebrities” are treated differently for posting “exactly what we did without suffering the same penalty.”

In its statement, Twitter acknowledged that it reversed itself after having looked at the matter “more closely.”

“After multiple appeals from affected users and Leader McConnell’s team confirming their intent to highlight the threats for public discussion, we have reviewed this case more closely,” the company said. “Going forward, the video will be visible on the service with a sensitive media interstitial.”

The newly freed Team Mitch account tweeted: “Victory!!! Thank you to EVERYONE for helping #FreeMitch” and added a link to its fundraising page and an exhortation to “ Help us keep winning.”

The tweet was illustrated with a GIF based on the famous “Shawshank Redemption” shot in which a shirtless Tim Robbins exults as the rain falls on him, free outside the prison gates. Mr. McConnell’s head was grafted onto the actor’s body.