McCarthy Quiet as Massive Monetary Tie to FTX Is Uncovered 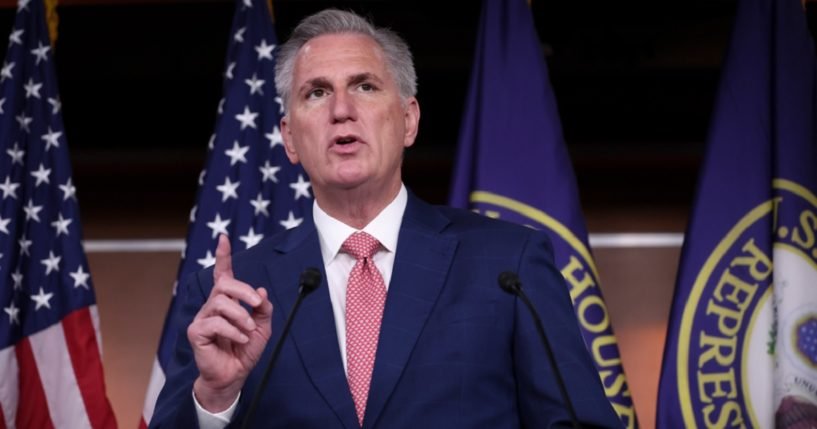 A former co-CEO of the disgraced and bankrupt cryptocurrency exchange FTX donated to House Speaker Kevin McCarthy, according to federal records.

Federal Election Commission records show that in the 2022 campaign cycle, Ryan David Salame made two donations to McCarthy, totaling $8,700. However, that pales next to the $2 million FEC records show Salame gave to the Congressional Leadership Fund, which is closely aligned with McCarthy.

According to the website Open Secrets, the $2 million donation made Salame the 19th-biggest donor to the fund. McCarthy has yet to offer a comment on what he will do with the money he received from Salame. According to Zenger News, which reported the financial tie on Friday, McCarthy spokeswoman Christina Cameron had not responded to requests for comment.

The FEC gives political candidates and organizations two options if they accept donations that turn out to be of questionable legality.

“If a committee deposits a contribution that appears to be legal and later discovers that it is prohibited, the committee must refund the contribution to the original contributor (if known) within 30 days of making the discovery. Alternatively, the committee may disgorge the funds to the U.S. Treasury,” the FEC said on its website.

The leadership of FTX invested big time in campaigns. The exchange’s founder, Samuel Bankman Fried, was the second-biggest individual donor to the Democratic Party in the 2022 election cycle, behind only billionaire George Soros.

Salame, who turned on Bankman-Fried days before FTX declared bankruptcy, gave about $40 million this election cycle, mostly to Democrats, according to The Washington Post. A column by National Review senior political correspondent Jim Geraghty, published Dec. 1 by The Washington Post, reported that Salame balanced that by giving $24 million to Republicans.

In a Dec. 13 interview with Fox Business host Larry Kudlow, McCarthy called for a full disclosure of how FTX went from high flying to a crash landing.

The interview took place the day after Bankman-Fried’s arrest in the Bahamas, and the same day the former crypto titan was supposed to have testified before the House Financial Services Committee.

“We really need to know, where did this money go? What was he doing? What was he providing? And I think having testified would have been the first start,” he said. 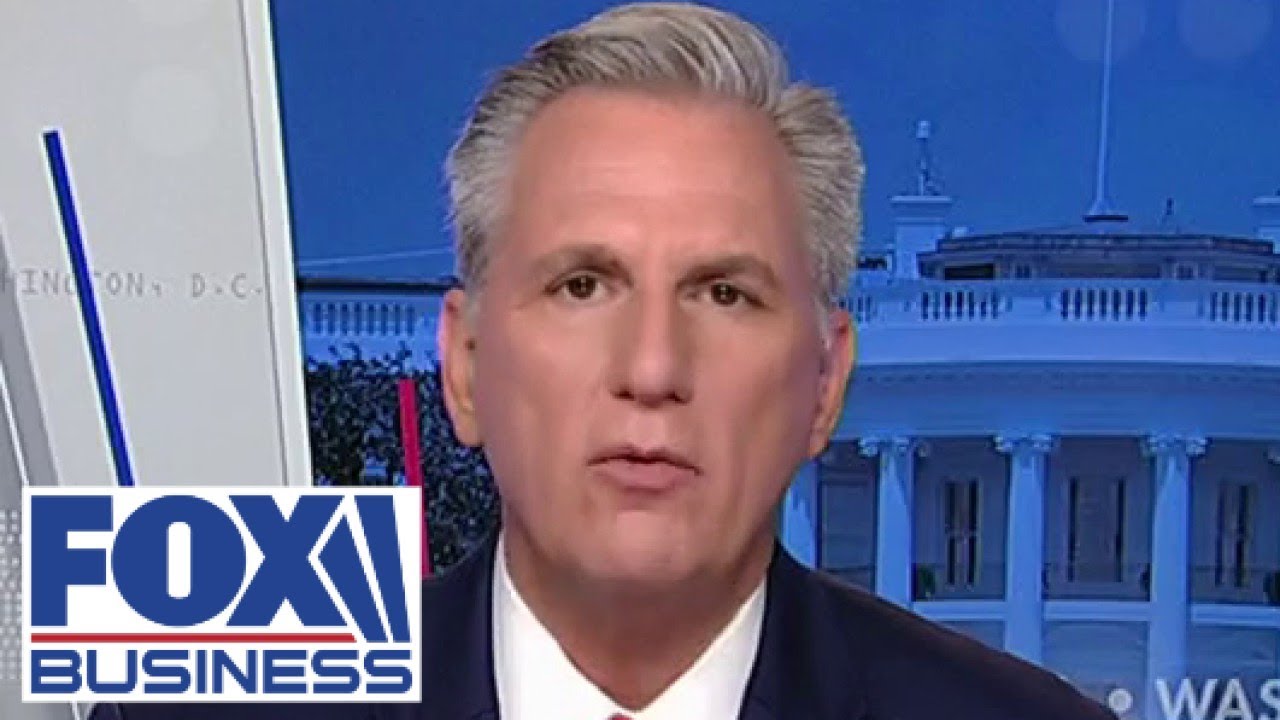 Asked then about whether money FTX executives gave candidates should be given back, McCarthy hedged.

“Well, we’ll see where the money went,” he said. 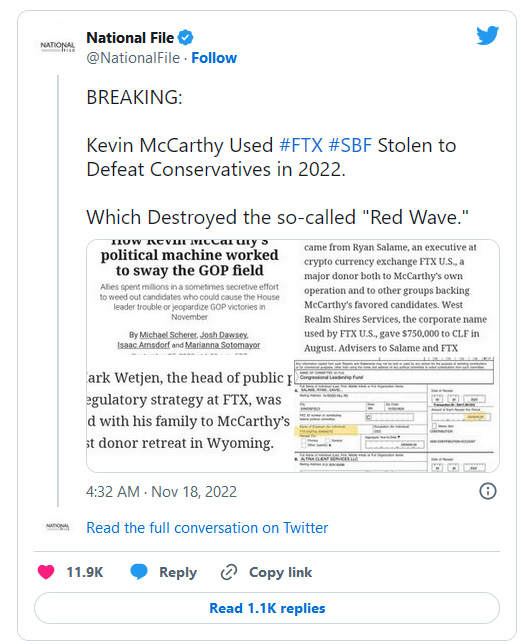 “I never received money from him. I received some money from an individual who worked there as well,” McCarthy said.

The collapse of FTX led to a congressional investigation and Bankman-Fried’s arrest on fraud charges after FTX’s customers lost an estimated $8 billion.

FTX Illegal donations RINO
China, Mexico and US Trade. How the United States, Canada and Mexico are now the largest blocks in the world!
How Two Countries face a Trade War
Guns and Crime While Democrats scream ‘abolish ICE,’ child sex trafficker Claudius English convicted thanks to ICE
Anyone posting a threat especially against a law enforcement officer or politician will be banned.