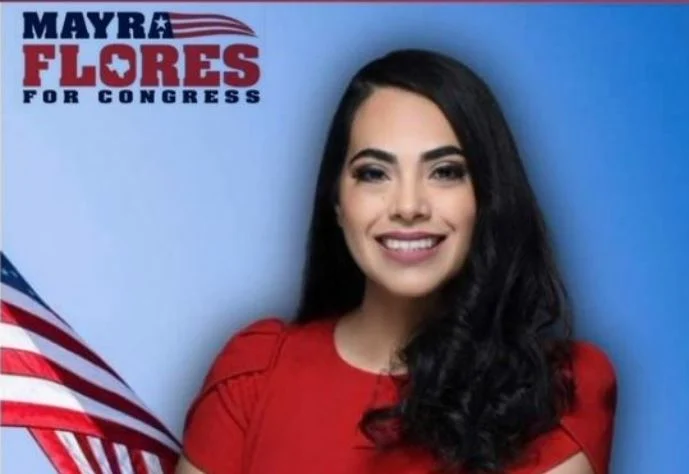 Only Conservatives are bigots! Yeah, right.

Congressional superstar Rep.  Mayra Flores (R-TX) has been blocked from joining the Congressional Hispanic Caucus (CHC.)  Apparently, conservative Hispanic voices are not allowed in the CHC.

"This denial once again proves a bias towards conservative Latinas that don’t fit their narrative or ideology.”

According to their website, “The Congressional Hispanic Conference seeks to emphasize both national and international issues that have a significant impact on the Hispanic community in the United States. The members believe that Hispanics play a vital role in our democracy and must be actively engaged in all the issues facing our nation. For too long, Hispanics have been framed as a single issue community. The Congressional Hispanic Conference creates a forum for Members of Congress to collaborate in the creation of a cohesive legislative agenda, and is dedicated to promoting the interests of all Hispanics.”

Nothing on the website mentions that the conference is only for Democrats, but their actions with Rep. Flores reveal their unwritten rules. They appear to only be interested in the collaboration and promotion of left-leaning Hispanics.

Their unwillingness to encourage a comprehensive conference that speaks for all Hispanics, not just leftists, is especially curious as Hispanics flee the Democrat Party in droves.

According to a New York Times poll, 41% of Hispanics say they support the Democrats while 38% say they support the Republican party. This is down from a Pew poll in March where Democrats had a 22-point advantage over Republicans among Hispanics. The CHC is turning their back a powerful female Hispanic that, according to a recent poll, has a higher favorability than CHC member and committed Socialist Alexandria Ocasio-Cortez.

According to those familiar with the situation, Flores requested to join CHC in early October and was rejected shortly thereafter. Flores is not only first Mexican-born woman to serve in Congress, but she also represents a district along the U.S.-Mexico border that is overwhelmingly Latino. CHC used to have Republicans members but they went on to create the Congressional Hispanic Conference as their own version of the CHC in the 2000s. The CHC’s website websites states the Caucus “addresses national and international issues and crafts policies that impact the Hispanic community. The function of the Caucus is to serve as a forum for the Hispanic Members of Congress to coalesce around a collective legislative agenda.” The website does not state in its “About” section that only Democrats can join the organization.

Flores responded to the news via Twitter saying, “As the first Mexican-born American Congresswoman, I thought the Hispanic Caucus would be open in working together. This denial once again proves a bias towards conservative Latinas that don’t fit their narrative or ideology.”

As the first Mexican-born American Congresswoman, I thought the Hispanic Caucus would be open in working together. This denial once again proves a bias towards conservative Latinas that don’t fit their narrative or ideology. https://t.co/oqYjrGDJaU pic.twitter.com/ugqkKMk5sb — Mayra Flores (@MayraFlores2022) October 26, 2022

Earlier this year, Flores flipped the 34th Congressional District, seat red in a special election, a seat held by Democrats for more than 100 years. On November 8th, Flores faces Democrat Vicente Gonzalez, a three-term congressman, who has opted to run in a new district created after redistricting. At a recent get-out-the-vote event, Gonzalez seemed to embrace CHC’s attempts  to silence strong conservative Hispanic women saying of his female opponent that she, “Can’t think for herself, can’t speak for herself, can’t act for herself, can’t vote for herself.”

While the newly drawn district is said to be more blue than when Flores won the special election, The Cook Political Report has moved the race from blue to toss-up.