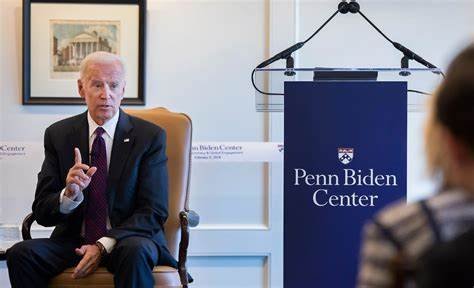 Mar-a-Largo doesn’t compare to Biden’s Penngate Part 2. You can find part one here. As long as this story has legs, I'll be doing articles on it. So please feel free to add comments in the comment section below.

So who took those documents from the White House to the Penn Center? Biden who said it was totally irresponsible for Trump to have them removed, claims he had no clue that they were even there. Now from what's been released, we're told that there were 10 documents. Those 10 were of the highest security level. And we still have the question of how could a VP who doesn't have the authority to declassify even the lowest level of Top Secret documents get them out of the White House.

The National Archives knew from day one that Trump had classified documents (documents Trump claims he declassified). Why didn't they know about the documents that Biden had? Or did they and they kept quiet. Again why?

As I said in my article yesterday, this was discovered in November before the midterms. We are only hearing about it now in January? The more we talk about this the more we are seeing other players may be involved. China and 10 present Biden administration members came from the Penn Biden Center for Diplomacy and Global Engagement.

We haven't answered the question who took the documents out of the White House or what's the connection with Hunter, China, and the Ukraine. To be continued.

Part three  will be back at our sister website tomorrow. Any breaking developments we will post here.

Biden's Penngate Corruption at thee highest level
China, Mexico and US Trade. How the United States, Canada and Mexico are now the largest blocks in the world!
How Two Countries face a Trade War
Guns and Crime While Democrats scream ‘abolish ICE,’ child sex trafficker Claudius English convicted thanks to ICE
Anyone posting a threat especially against a law enforcement officer or politician will be banned.