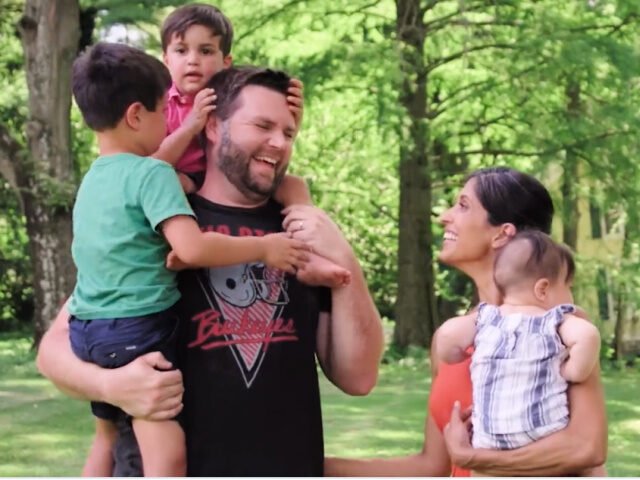 Complete article can be found here.

“I love our first ad, where my favorite person tells my story,” Vance announced. “We fight for Ohio because it’s our home, and when I was a kid, Ohio gave me a chance.”

In the 30-second ad, Usha gives a brief summation of Vance’s life, as popularized in his book Hillbilly Elegy and the Ron Howard-directed movie starring Glenn Close and Amy Adams.

“Our family story is an Ohio story,” Usha begins. Usha recalled J.D.’s rough beginnings in Middletown, Ohio, as he dealt with a mother struggling with addiction and an absent father. “My husband, J.D., grew up in Middletown and things weren’t easy,” continued Usha.

“His mom struggled with addiction, and his dad was not there. But J.D. was lucky. He was raised by his loving grandmother and he served his country as a marine in Iraq.”

Right Man
China, Mexico and US Trade. How the United States, Canada and Mexico are now the largest blocks in the world!
How Two Countries face a Trade War
Guns and Crime While Democrats scream ‘abolish ICE,’ child sex trafficker Claudius English convicted thanks to ICE
Anyone posting a threat against a law enforcement officer or politician will be banned. We will not tolerate threats made against other posters and especially against law enforcement and politicians.