If only this all came out while Trump was still in office. 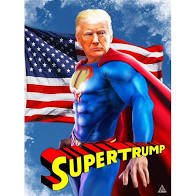 If only this all came out while Trump was still in office. So much has recently come out since President Trump left office. One has to wonder if it would have made a difference if released when the truth was actually known. But let's go down memory lane. Much of this comes from The Atlantic. Edited.

There's no denying Trump was right on the border. Why did Harris go to where there was a bigly wall? And Trump predicted this.  Hydroxychloroquine works. Virus came from a lab in China. Hunter Biden's laptop was real and it wasn't Russian disinformation.Lafayette Square wasn't cleared for a photo OP.

The Russian Bounties story was fake and the vaccines were produced before the end of the year in record time. Blue states shouldn't have went into lock downs and schools should have remained open. Tax Cuts, and the US- Canada- Mexico trade pact.

And I close with Space Force, and Criminal Justice reform.

Trump Truth Justice The American Way
China, Mexico and US Trade. How the United States, Canada and Mexico are now the largest blocks in the world!
How Two Countries face a Trade War
Guns and Crime While Democrats scream ‘abolish ICE,’ child sex trafficker Claudius English convicted thanks to ICE