HHS Secretary: 'There is no law' against 'partial-birth abortion' 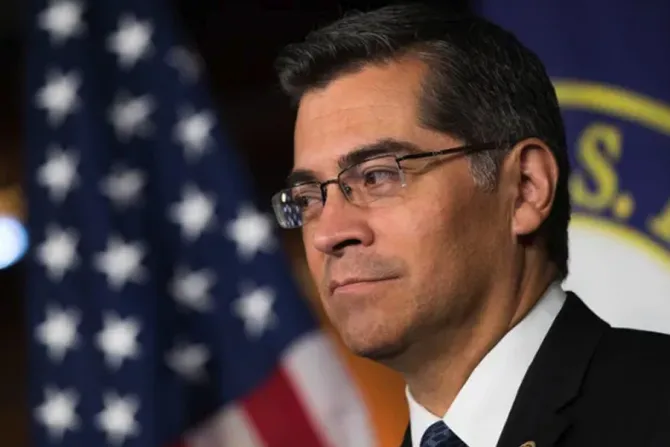 The Secretary of Health and Human Services (HHS) in May 2021 would not acknowledge an existing federal ban on “partial-birth abortion.”

During a hearing of the House Energy and Commerce subcommittee on health, Rep. Gus Bilirakis (R-Fla.) asked HHS Secretary Xavier Becerra if he agreed that partial-birth abortion is illegal.

In 2003, Congress passed the Partial-Birth Abortion Ban Act, signed into law by President George W. Bush. The law amended the federal criminal code to outlaw partial-birth abortion, defining it as a procedure where a baby is partially delivered until either the baby’s head or trunk is outside the mother’s body, and the doctor acts to kill the baby. An exception was made for cases where the mother's life is in danger.

As then-congressman from California, Becerra voted against the law. Abortionist Leroy Carhart sued to prevent the 2003 ban from going into effect. In 2007, the Supreme Court upheld the ban in a 5-4 decision in Gonzales v. Carhart.

Becerra maintained that “partial-birth abortion” is “not a medically-recognized term.” He recommended calling the procedure “dilation-and-extraction,” and defended its use to “protect” the health of mothers as a late-term abortion procedure. “Perhaps, if you were to talk about what you probably know as ‘dilation-and-extraction’ – which is a procedure used by OB-GYNs like my wife – to care for a woman who is having a difficult pregnancy where there’s a chance that the fetus will not survive, then we could talk about that,” he said.

Partial-birth abortion is also referred to as "Dilation and Extraction" (D&X). It is used in late-term abortions for women in their second and third trimesters. Under the procedure, a baby is partially delivered – except for the head – at which point the abortionist jams scissors into the baby’s skull and uses a suction catheter to suck out the baby’s brains.

Becerra, a Catholic[in name only], added that he was not primarily questioning the use of the term “partial-birth abortion,” but was rather emphasizing “what the rights are to the woman under our statutes and under our precedents to provide her with reproductive care that she is entitled to.”

He defended late-term abortions by arguing they are done to protect the health of the mother.

“Under the law, a physician or any provider of health care” must obey the law, he said, “and right now, what our law says – and it’s pretty settled – is that a woman is entitled to reproductive rights.”

“And as my wife would tell you as a OB-GYN, is that the dilation-and-extraction procedure that is often used with late-stage abortions with women, it’s to protect the health and life of that woman,” he said.

One pro-life leader criticized Becerra for denying a law’s existence as a top administration official.

“Now the top health official in America, Becerra outright denies the existence of a law banning partial-birth abortion since 2003,” Marjorie Dannenfelser, president of the pro-life Susan B. Anthony List, stated after the hearing.

“During his confirmation hearings, Xavier Becerra dodged questions about his stance on partial-birth abortion – when an unborn child is partially delivered and then killed – deflecting with repeated claims that he would ‘follow the law’ as head of HHS,” Dannenfelser said.

In his confirmation hearings, Becerra would not say why he opposed the 2003 partial-birth abortion ban as a congressman, only stating that he would work to find “common ground” with those he disagreed with on abortion.

The next day, he said that “dilation-and-extraction” is a term commonly used in medicine, while “partial-birth abortion” is not.

“I think most medical practitioners will tell you they understand what a dilation-and-extraction procedure is. I doubt that most of them could give you a medical definition of what partial-birth abortion is,” he said.

In response, Rep. Joyce said, “As a physician myself Mr. Secretary, I think I clearly understand what a partial-birth abortion is.”

Other members reacted to Becerra’s answer of the day before.

“If he won’t uphold the law on partial birth abortion, how do we expect him to uphold the Hyde amendment or protect conscience rights?” Sen. James Lankford (R-Okla.) tweeted.

“It’s absolutely horrifying that the top health official in the nation doesn’t even know the laws he swore to uphold and protect. @SecBeccerra this is absolutely the law of the land,” Lankford said.

During the hearing, Becerra also repeated his claim that he “never sued any nuns” while attorney general of California. He first made the claim during his confirmation hearings, when he was grilled over the 2020 Supreme Court case of the Little Sisters of the Poor which pitted the sisters against Becerra.

While Becerra did not technically file a lawsuit directly against the sisters, he sued the federal government to take away the sisters’ religious exemption to the HHS contraceptive mandate. That action prompted the sisters to return to court to defend against threats to their religious freedom.

Becerra, in his testimony , praised increased funding in the 2022 fiscal year budget for the Title X family planning program. His agency is currently in the process of repealing pro-life funding restrictions in the program, with the aim of eventually allowing pro-abortion groups to once again receive Title X funding.

Satan is alive and well ICYMI
China, Mexico and US Trade. How the United States, Canada and Mexico are now the largest blocks in the world!
How Two Countries face a Trade War
Guns and Crime While Democrats scream ‘abolish ICE,’ child sex trafficker Claudius English convicted thanks to ICE
Anyone posting a threat especially against a law enforcement officer or politician will be banned.