Progressive darling Alexandria Ocasio-Cortez (D-NY) has made it very clear that she doesn't like America as is. She has radical ideas that would dramatically change America, down to our very core. She's stated she wants to abolish Immigration and Customs Enforcement (ICE). She wants to abolish the Department of Homeland Security (DHS). And now, she wants to abolish the Electoral College, the very system that was put in place to protect rural Americans from being outvoted by larger, more populous states.

On Monday, AOC posted an Instagram Live video explaining why she believes the Electoral College is a "scam."

"We're coming to you live from the Electoral College," Ocasio-Cortez said as she recorded an empty desert highway. "Many votes here as you can see. Very efficient way to choose leadership of the country. I mean, I can't think of any other way, can you?"

And, of course, according to the freshman Congresswoman, the system is also racist.

"The Electoral College has a racial injustice breakdown," AOC explained. "Due to severe racial disparities in certain states, the electoral college effectively weights white voters over voters of color, as opposed to a 'one person, one vote' system where all are counted equally."

She addressed the biggest concern behind abolishing the Electoral College: with populous blue states making the decisions for the country as a whole.

"You may have heard this Electoral College argument the most: that families in suburbs, cities must have their vote suppressed in order to give rural votes a 'fair shake,'" Ocasio-Cortez said. "Could you imagine if we had this kind of democracy-altering 'fairness' provision for literally any other group? If we weighted, for example, Black, Indigenous voters more because of fairness?"

Democrats are funny, especially when it comes to "equality." They're all about making sure things are as equal as possible...when it benefits them. They claim to want equal rights for women, the LGBT community and people of color. Why? Because those voters typically vote for Democrats. But guess what? The Electoral College protects rural Americans – those who are typically conservative – from being trampled on by coastal areas that are blue.

We know you were clearly absent for history classes, Alexandria, but you should know that the Founding Fathers wanted the majority to rule while protecting the minority. And that's what the Electoral College does. 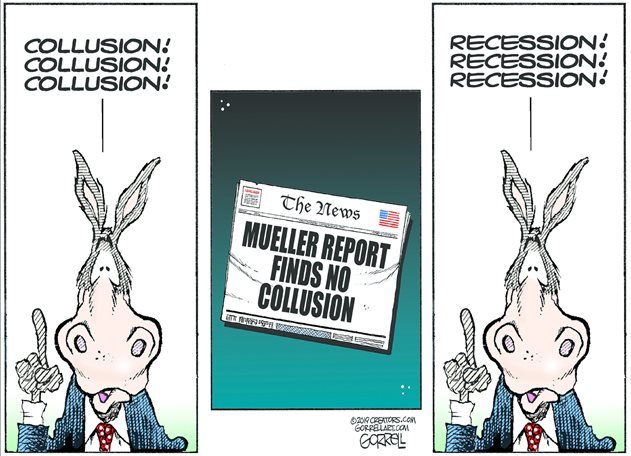 Total BS
China, Mexico and US Trade. How the United States, Canada and Mexico are now the largest blocks in the world!
How Two Countries face a Trade War
Guns and Crime While Democrats scream ‘abolish ICE,’ child sex trafficker Claudius English convicted thanks to ICE