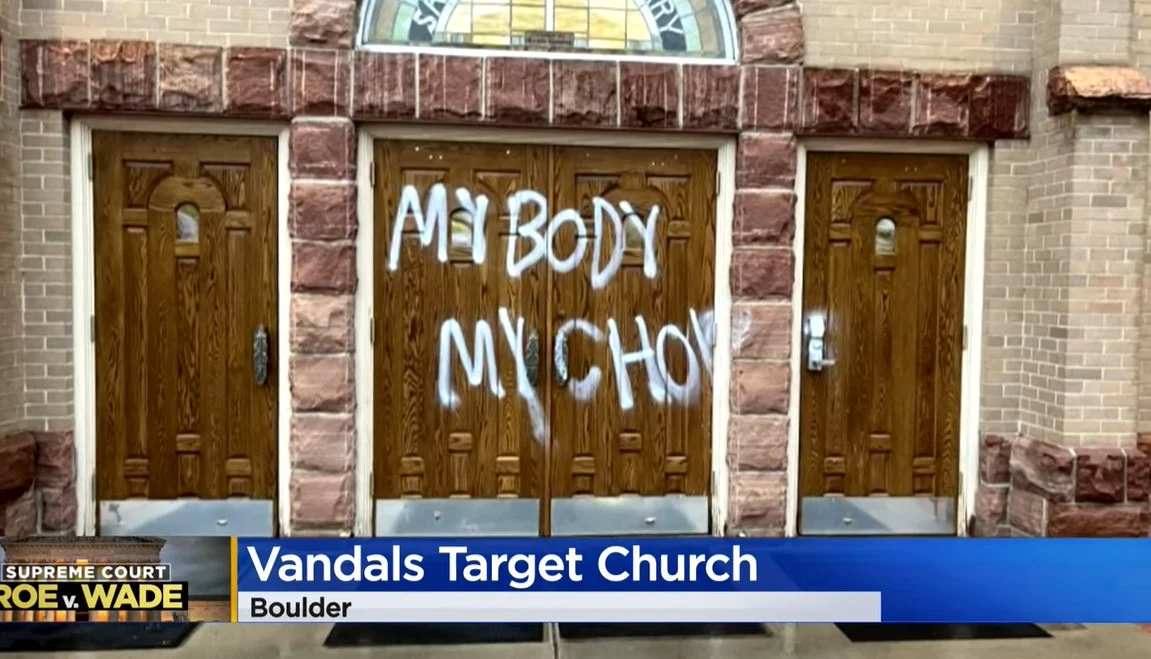 For the second time in a year Sacred Heart Catholic Church in Boulder, Colorado was a victim of vandalism this week. Godless pro-abortion activists vandalized the church following the news that the Supreme Court will overturn Roe v. Wade. 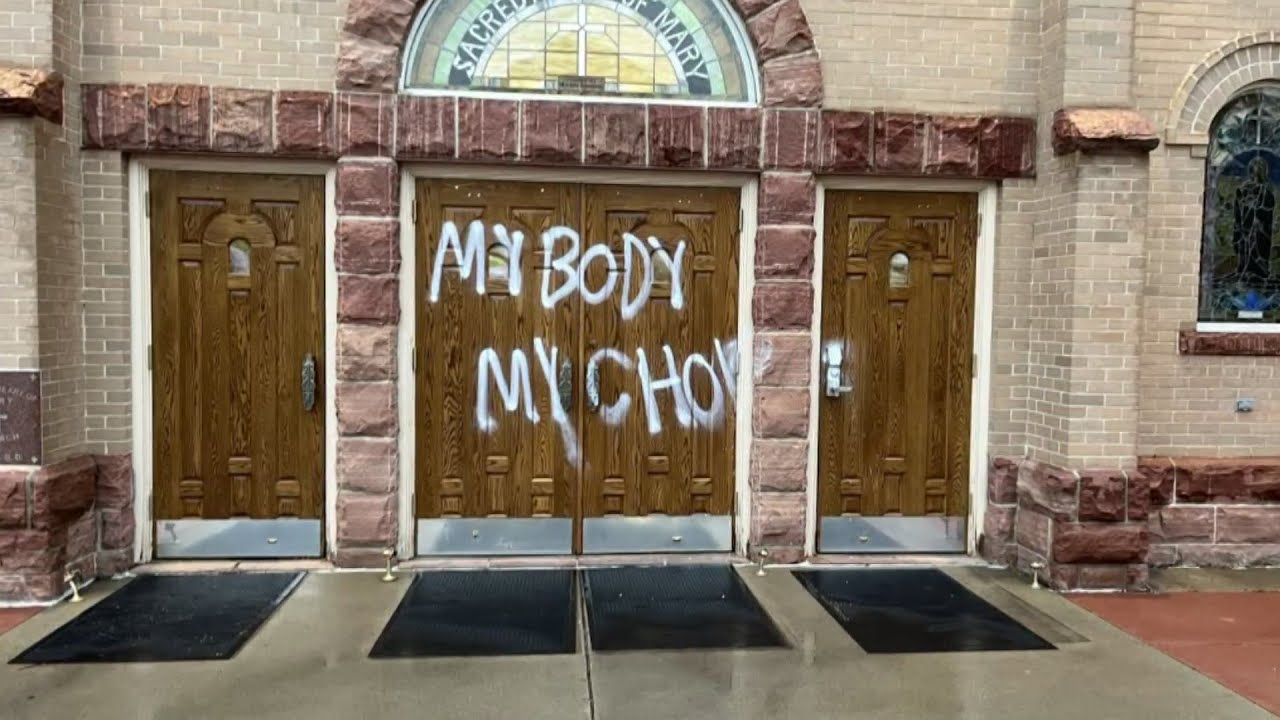 Vandalism was reported at a Catholic church in Boulder early Wednesday morning, according to the Boulder County Sheriff’s Office (BCSO).

The agency said it responded to the Sacred Heart of Mary Church, located at 6739 S. Boulder Rd., and found graffiti with anti-church and pro-choice messages.

The same church was vandalized in September of last year with similar messages, although BCSO said they can’t say at this time whether the two incidents are connected.

The sheriff’s office said they’re looking at security footage related to the latest incident and said they believe multiple suspects were involved.

The damage in September included slashed tires on the church’s maintenance truck, smashed safety glass windows, smashed eggs against some of the buildings, and spray paint graffiti on the church’s signs and building. Much of the graffiti conveyed a pro-choice stance.

Here we have more proof -- not that we needed any -- that the left cares only about themselves. Their demands for tolerance and inclusivity only apply to similarly like-minded individuals. Even then, they will toss their fellow true believers under the bus to maintain their own safety and feelings of superiority.

True Christians (and those of other benevolent religions) believe in protecting the weak and helpless. And who is more helpless an infant? Especially one not yet born?