After its initial decent run, the comic quickly devolved into an outlet for progressive politics. 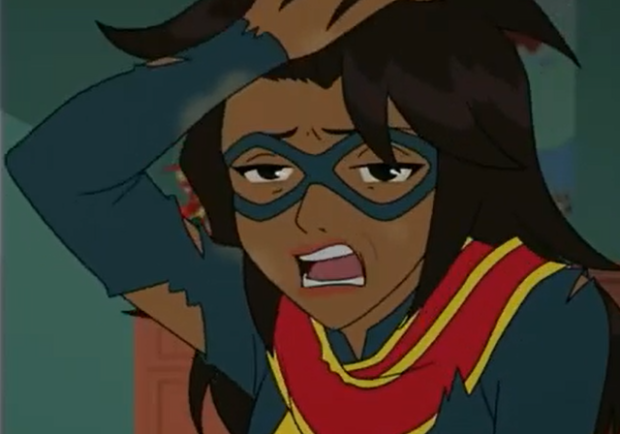 Disney’s soon to be released streaming service Disney+ is ramping up quickly. When the service goes live this November it’s already going to be stocked with dozens of movies, the entire series backlog of The Simpsons and the newly premiere Star Wars show The Mandalorian.

It’s also going to be the home for several of the Marvel Cinematic Universe’s new projects including TV shows for the Falcon, the Scarlet Witch, Loki and Hawkeye. According to an exclusive from The Hollywood Reporter, it’s also going to play host to the MCU’s first Muslim superhero Kamala Khan.

Marvel is developing a live-action series for Disney+, its upcoming streaming service, based on its acclaimed comic Ms. Marvel, hiring British writer Bisha K. Ali to write and act as showrunner. Ali is a comedian who is currently a staff writer on Hulu’s remake of Four Weddings and a Funeral.

The show may be announced during Friday’s Disney+ presentation. Marvel had no comment.

The show was officially announced later Friday night as part of the Disney+ Panel at the D23 Expo. Disney further expanded the scope of their plans by showing trailers for their live-action Lady and the Tramp film, announcing the release window for Star Wars: The Clone Wars Season 7 and announced an Obi-Wan Kenobi series with returning star Ewen McGregor. The Ms. Marvel series was announced as one of three subsequent original shows for the service including She-Hulk and Moon Knight.

I’m quite interested in the show. I’m sure there’s going to be a tizzy over it given the MCU’s gradual capitulation to progressive social norms but the core character herself never bothered me.

Her character was all about the struggle of being caught between a rock and a hard place as a secular Muslim wanting to live in American society but dealing with familial obligations in a fundamentalist Muslim family. It’s an interesting theme that was similarly explored in the 2017 Judd Apatow produced comedy The Big Sick to great effect.

What worries me though is that after its initial decent run, the comic quickly devolved into an outlet for progressive politics. Millennial identity politics, anti-bullying preaching, and social justice pandering gradually made me lose interest in the comic as the writing simultaneously declined.

Given Marvel Studio’s current movements I’m concerned the show will be more interested in those themes.

Like I predicted shortly after Avengers: Endgame came out, Marvel Studios is likely going to start capitulating to progressive norms due to internal and external pressure for diversity and representation. As a result, they will start pushing more social justice related themes in their stories.

We saw hints of this during the announced slate for Phase 4 which included the news that Thor: Love and Thunder would involve the controversial version of Jane Foster’s female Thor as well as a bisexual relationship for Queen Valkyrie.

I also speculated that the upcoming Disney+ series Falcon and Winter Soldier would borrow heavily from the controversial Nick Spencer run on Captain America which gave us even handed depictions of Tea-Party terrorists and a Red Skull rendition spouting Make America Great Again rhetoric.

I’m open minded to all of these series and I’m hopeful that Marvel Studio’s penchant for solid entertainment holds true into the next decade but I’m not sure Disney realizes how many fans they could alienate by embracing preachy progressive politics in their shows. If they make that mistake, they’ll learn the true meaning of the popular saying, “get woke, go broke.”

Disney and liberals
China, Mexico and US Trade. How the United States, Canada and Mexico are now the largest blocks in the world!
How Two Countries face a Trade War
Guns and Crime While Democrats scream ‘abolish ICE,’ child sex trafficker Claudius English convicted thanks to ICE
google-site-verification=KpGtpXKDA2lZfsWu61z2TxKFTbuCKHQ7iDRfHNgz97s