Democrats Are Priming Themselves To Refuse To Accept Any Election Defeats 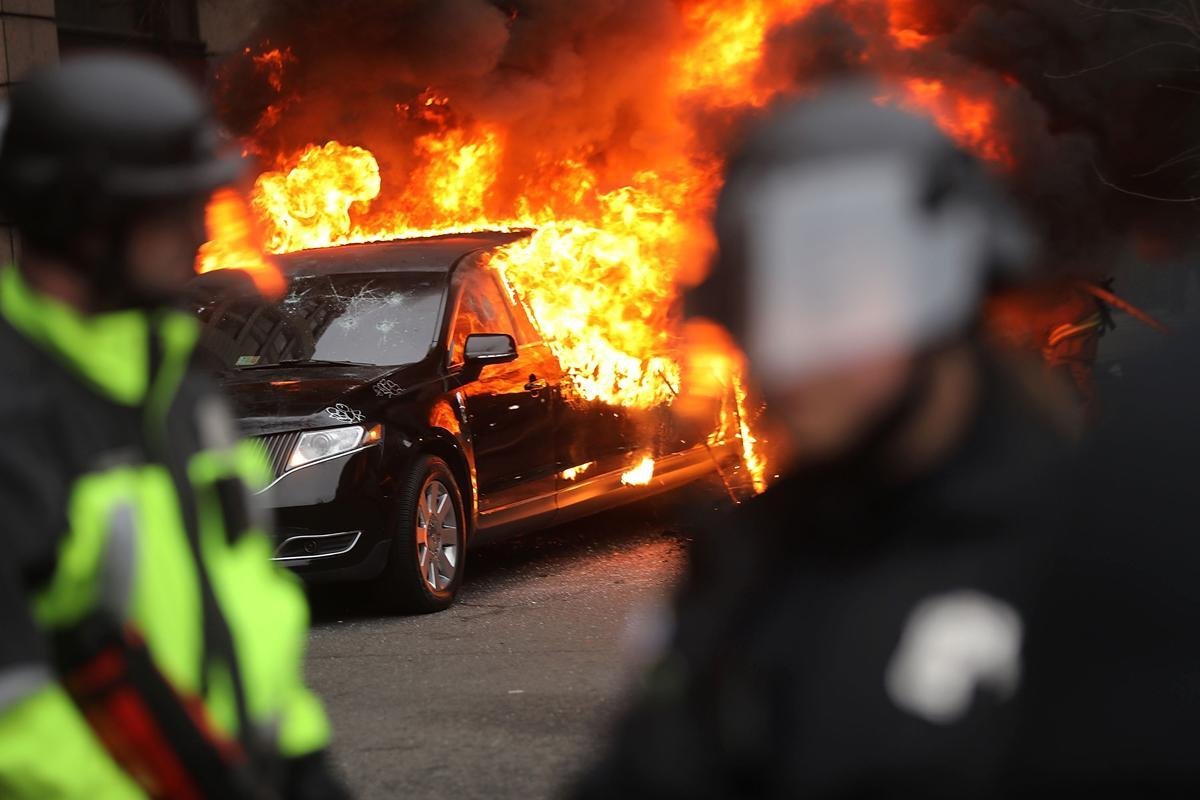 Original Article by Johnathon Tobin in   The   Federalist

How will Democrats react to the thumping that most observers believe they
will get in the 2022 midterm elections? Or to the possibility that in three
years a Republican could be sworn in as the 47th president?

They relish the Jan. 6 opportunity to endlessly relive the supposed danger
that a disgraceful but still pathetically ineffectual riot posed to the republic,
which they have spent the last 12 months misrepresenting as an
“insurrection” or failed coup d’etat by Republicans.

The media treated the date as a sort of new national holiday to reinforce the
awfulness of former President Trump and his deplorable supporters. But all
that hyperbole about that riot being the moral equivalent of the
Confederates firing on Fort Sumter, Pearl Harbor, or even the 9/11 terrorist
attacks hasn’t convinced many people living outside the leftist bubble of
CNN, MSNBC, and The New York Times to believe Republicans are a party
of insurrectionists.

From the outside, the inflamed rhetoric of Jan. 6 fever appears to be an
utterly cynical exercise in gaslighting. That was most apparent when used
to justify Democrats’ push for so-called “election reform” laws that
President Joe Biden claimed last week to be the only thing standing athwart
a return to “Jim Crow” racism. The legislation is, in fact, an effort to
federalize elections, discard every rule aimed at ensuring voter integrity,
and in effect rig the process to Democrats’ advantage.

Democrats May Believe Their Own Spin

But the more one digs deeper into the avalanche of Jan. 6 articles in left
publications like The Atlantic, The Washington Post, The New York Times,
and many others or listens to leading Democrats and party activists talk
about the subject, the less cynical it seems. Democrats have been drinking
their own mix of toxic partisan Kool-Aid to the point they
actually believe that Trump and Republicans are authoritarians and plotting
to destroy American democracy.

Indeed, after years of faithfully spreading conspiracy theories about the
Capitol riot and Trump colluding with the Russians to steal the 2016
election, it was inevitable that liberals and leftists would be in
a genuine state of panic about the possibility that they are living through
the last years of a Weimar Republic-like prelude to Trumpian fascism. They
believe that all resistance to Democratic legislation and leftist policies such
as critical race theory indoctrination, or even public rudeness to Biden
(“Let’s go, Brandon”), are evidence of an insurrectionist spirit.

Leftist Media In Frenzy of Fear

When one listens to political hacks like Sen. Chris Murphy, D-Conn., say
that ending the filibuster in the Senate and passing new voting laws is vital
to the continued existence of the American republic, it’s hard to take him
seriously. Yet audiences for left-wing outlets that are publishing
innumerable think pieces along the lines of, “What Will It Take to Stop the
2024 Election Coup,” “The Republican Plot to Steal the 2024
Election,” “Seven ways Republicans are already undermining the 2024
election,” “Trump’s Next Coup Has Already Begun,” or “No One Is Coming
to Save Us From the ‘Dagger at the Throat of America’,” to cite just a few
examples, are almost certainly buying what those who are breathlessly
warning of the danger ahead are selling. Indeed, the authors of these pieces
probably believe it too.

Seen in this light, serious arguments that try to explain to Democrats that
Republican voter integrity measures   like voter ID laws or banning vote
harvesting won’t “suppress” the vote of minorities are likely to fall on deaf ears. So will pointing out that the Russia hoax used by federal officials to
hobble Trump was a lot closer to a coup attempt than the foolish efforts to
find a legal strategy to stop Biden from taking office.

The left is equally uninterested in the lack of evidence that Jan. 6 was
anything but a disorganized riot or that, even if the 2020 count was
accurate despite the chaos induced by pandemic practices, the election was
unfairly influenced by the bias of Big Tech companies and corporate media
outlets that suppressed reports of Biden family corruption.

Once you discard the idea that Republicans are relatives, friends, or
neighbors who may disagree with you about politics but who also mean well
and instead view them as the moral equivalent of Germans who voted Adolf
Hitler into power, talk about defending democracy becomes a life and death
struggle. That means defeat can never be accepted and must be averted at
all costs, no matter what it takes.

To be fair, some on the right have come to see politics as an existential
struggle as well. But while Biden’s capture by his party’s left-wing lends
credence to those arguments, Democrats aren’t so much worried about the
consequences of policy shifts to American society. What they appear to be
claiming is that any system that could put the GOP or Trump back in power
are not merely horrifying but must be the result of a corrupt or racist
system that is being manipulated by Trumpist authoritarians.

This amounts to a political faith that is building toward a belief that
Republican victories in November 2022 will be inherently illegitimate and
must be rejected by hook or crook. The same applies to their hysteria about
2024 which, as the literature produced on the subject indicates, they have
half convinced themselves has already been stolen.

That these conspiracy theories masquerading as defense of democracy bear
more than a slight resemblance to the conviction on the part of some Trump
supporters that there was no way their man could have fairly lost in 2020 is
an irony lost on the left. As much as they are certain that any doubts about
2020 are the product of Trump’s “big lie,” their embrace of their own
collection of conspiracies about vote suppression and Republicans stealing
elections is nothing less than another “big lie.”

The impact of the myths about Jan. 6 being an insurrection and democracy
endangered by a GOP assault on voting rights has, in effect, painted the
Democrats into a corner where any defeat must be considered proof of a
rigged system.

Prepare for Extreme Measures
Seen in that light, it’s not enough to denounce Democratic rhetoric as false
or cynical. The net effect of their claims is that those who have been
convinced of it are calling for extreme measures to prevent an election loss
and are already preparing to regard their party’s likely coming rejection by
the voters as another coup, no matter how honest the count may be.

The full consequences of this are unknowable but, at the very least,
Americans should prepare for efforts by the Democrats’ cheering section in
the corporate media and by the Big Tech overlords of the Internet to go
further than they did in 2020 to prevent such an eventuality. In the event
that fails, more “mostly peaceful” riots in the aftermath of Republican
election victories are likely. As with the violence and looting unleashed by
the Black Lives Matter movement in 2020, that will not be termed an
“insurrection” by those still raging about what happened on Jan. 6.

All that, and not Republican opposition to the Biden presidency and
Democratic legislation, is the most serious blow to the fabric of American
democracy imaginable.

TPR: We have also seen the troops supplied and encouraged by Media
Matters spreading out across Conservative websites to promote their
ideology and try to intimidate right-leaning posters of platforms.
One of the most obvious is the group going around screaming about how
“you must get the jab! Ivermectin and HCQ are quack remedies!” etc.
Pathetic, really. But, I do agree that these idiots seem to believe their own
spin

Democrats Dreaming
China, Mexico and US Trade. How the United States, Canada and Mexico are now the largest blocks in the world!
How Two Countries face a Trade War
Guns and Crime While Democrats scream ‘abolish ICE,’ child sex trafficker Claudius English convicted thanks to ICE
Anyone posting a threat especially against a law enforcement officer or politician will be banned.