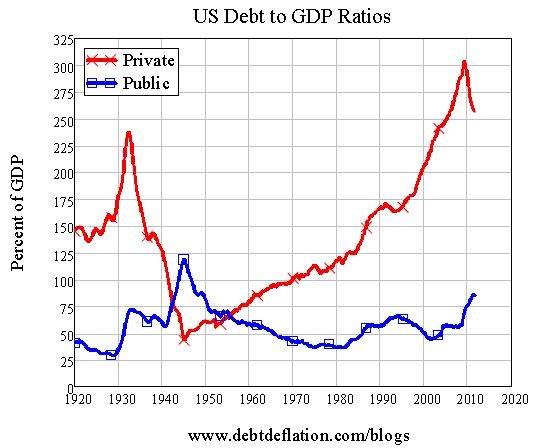 I like American Thinker. They repost some of the best articles that are to be found in the vast wasteland of socialist media. Here is a good one, that brings home the point that if the US fails to control its spending, there will be no one to help us. The world will spiral into a deep global depression. No one knows how bad and how long it will last.

So the saying "forearmed is for forwarned," is very much in our lifetimes.

This year's National Defense Strategy heralded the return of peer competitors and the re-emergence of long-term great power competition.  The debate among national security experts that followed its publication mostly focused on whether China or Russia is the bigger long-term threat to the U.S.

China is a rising power with national ambitions whose goal is to supplant U.S. atop the global hierarchy.  Russia?  It's a vodka-addled demographic basket case that runs a few troll farms, whose closest economic peers are Italy and Brazil.

But, an increasingly dangerous China is at best the number two national security threat, dwarfed by the much clearer danger of America's spending addiction.

If the U.S. is supplanted in the global order, it will have done to itself what no foreign power could ever hope to accomplish.  While the national debt stands at well over $22 trillion, the better measure of the impact is in the interest that must be paid each year.

The U.S. is running a trillion-plus-dollar deficit and is on pace to pay about $400B in interest on the national debt this year.  In ten years, the interest on the national debt is projected to be around a cool trillion dollars, and that's assuming that the U.S. doesn't elect a socialist in the interim, which is becoming an increasingly bad bet.  That's the equivalent of pulling a trillion dollar bill out of the national wallet each year and lighting it on fire.

The $400B we pay now in interest is well over twice what China spends on its military.  Once we get to a trillion dollars, the interest that we will have to pay on the national debt will dwarf U.S. military spending.

China's debt situation is also abominable, as rising debt is a global problem.  It is hard to get a real gauge on China's debt because of how much of it is built up through shadow banks and other questionable tactics.  But the Chinese overall debt-to-GDP may be approaching a staggering 300%, depending on how you measure it, which is both good and bad.  It's good in the sense that the Chinese are likely not as big of a global national security threat as they appear.  It's bad in the sense that they also are in deep trouble and will not be able to serve as a stabilizing function when other nations' debt-laden economies start collapsing.

Our debt is already having a supersized impact on U.S. national security.  Sequestration that wrecked military readiness grew out of it.  It is also shaping future military thinking.  The Navy says it needs 315 ships to meet national security challenges, while the Air Force says it needs 386 operational squadrons (up from 312 today).  The Army also says it is far too small.

But if we don't make radical corrections to our spending trajectory now, future military leaders will look back on today's budgets with envy.  A 315-ship Navy?  Not going to happen.  Three-hundred-eighty-six-squadron Air Force?  A pipe dream.  A new military service to compete in space?  Destined to be a shell.

Not a single Democrat candidate acknowledges this reality.  Every candidate is proposing to radically increase government spending, which will inevitably weaken U.S. national security.  To a person, these candidates of a major political party think it is a grand idea to combine an off-the-chart social welfare system with open borders.  They act insulted when asked to explain how they will pay for any of it, offering vague platitudes about the rich paying their fair share.

There is a cottage industry of serious articles suggesting that the Democrats go full socialism.  They just might take that plunge as they chase their propagandized and history-challenged voters who are increasingly enamored with the idea.  Even their supposedly moderate candidates are practically indistinguishable in their proposed spending from openly socialist senators Elizabeth Warren and Bernie Sanders.

One of the illustrative moments of the early Democrat debates was when every hand shot up promising free health care to people here illegally.  America can't even come close to affording to offer that to Americans.  In the guns versus butter debate, we are well on our way to being able to afford neither.

For those inclined to point to the fact that the Democratic candidates are all proposing tax increases on the rich, you can't tax your way out of this hole.  If Democrats taxed rich Americans at 100%, they still couldn't fund the socialist state they have in mind.  The math doesn't come close to adding up.  Americans are already straining under massive personal debt, and most can barely pay their current taxes as household debt shoots through the stratosphere.  There is not much more blood that can be squeezed from that rock, but there is plenty of damage you can do to the economy in trying.

Every spending proposal should be viewed through the lens of America's catastrophic debt.  If a new idea does something to correct it, it is likely worthy of support.  If it adds expense without any hope of recovering that expense, it is likely a bad idea.

Under this rubric, the liberal-despised southern border wall is arguably the best investment idea since Google.  The $25- to $70-billion wall would return that investment many times over within the first decade on saved social spending, since every person who sneaks in illegally immediately taps into increasingly generous social welfare.

Joining the rest of the logical world and ending the absurd birthright citizenship?  Check.  That will dramatically reduce social spending and remove one of the primary motivators for illegal immigration, a massive driver in increased social spending.

When Greece imploded, Americans rushed to mock the Greeks and explain why that could never happen here.  But America is well on its way.  We've still got a ways to go to close the Greek debt-to-GDP ratio gap.  They were at about 172%, and America is closer to 106%.  But at the rate we are climbing, it won't take that long to get there, and if socialist policies are put in place, it will happen almost overnight.

A country like Greece can implode because richer countries can move in and bail it out.  If the U.S. implodes, all bets are off.  Nobody will bail it out as the globe descends into darkness and despair.

So what can we do about it?

This is an issue that demands bipartisan attention, and only one party is even remotely serious about addressing it, with emphasis on the word "remotely."  Republicans repeatedly attacked and burned on this issue by demagogues and the liberal media have mostly surrendered the fight.

They aren't likely to take up this fight in earnest until the public better understands the urgency.  We need to tirelessly educate all Americans on this threat.  We are quite literally destroying our children's and grandchildren's future while compromising our national security.  We need to scream that reality into the void until people start paying attention.

And if and when President Trump wins his second term, we need to pressure him to prioritize cutting spending.  If we don't, the future of America, and likely the globe, will be marked by hyperinflation, misery, and horror, with nobody positioned to toss out a lifeline.

Debt Debt to GDP
China, Mexico and US Trade. How the United States, Canada and Mexico are now the largest blocks in the world!
How Two Countries face a Trade War
Guns and Crime While Democrats scream ‘abolish ICE,’ child sex trafficker Claudius English convicted thanks to ICE