Crypto King was at the White House several times. 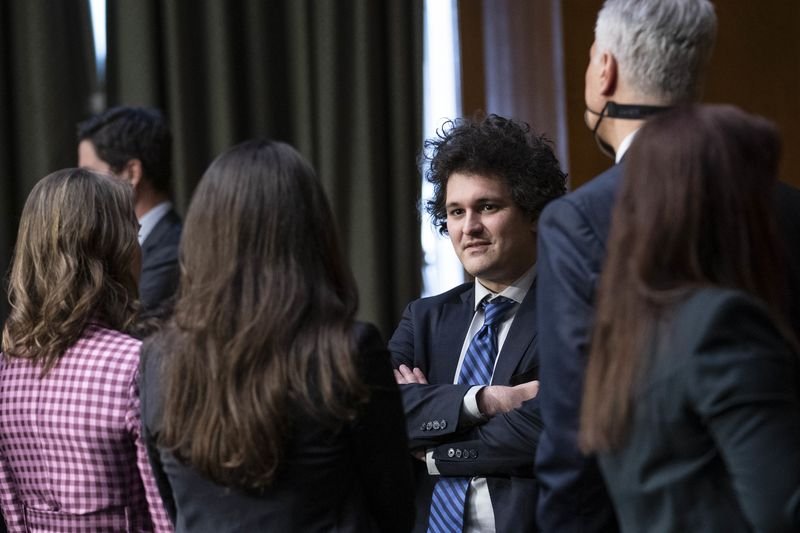 Crypto King was at the White House several times. We're just finding out that the indicted Crypto King, known as SBF was at the white house on four different occasions. Last time being this past September. Next to Soros he was the largest contributor to the Democrats.

Many are saying that the money (most of it?) was drug cartel money. We still don't have a complete list of who has returned the contributions. Remember when Maxine Waters gave him a great big smooch? Still no comments from Maxie.

We have this report from Bloomberg News.

Bankman-Fried met Sept. 8 with Steve Ricchetti, one of President Joe Biden’s senior advisers, White House officials familiar with the matter said. The meeting, previously unreported, was the latest in a handful of sessions.

US prosecutors now paint a starkly different picture, alleging a slew of misconduct, including allegedly conspiring with others to use corporate money and shadow donors for political contributions and misusing billions of dollars of customers’ funds lent to FTX’s sister company Alameda Research.

Crypto White House Several meetings
China, Mexico and US Trade. How the United States, Canada and Mexico are now the largest blocks in the world!
How Two Countries face a Trade War
Guns and Crime While Democrats scream ‘abolish ICE,’ child sex trafficker Claudius English convicted thanks to ICE
Anyone posting a threat especially against a law enforcement officer or politician will be banned.