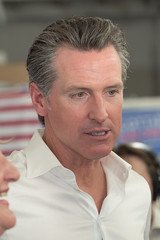 Citizens of California, your vote saved you 26 Billion. California voters reject $15 billion bond for phony school repairs. It looks as if the fake drive to take hard earned tax dollars failed. This was a Union ploy to eliminate real working men and women from bidding on jobs to work on the schools.

The average Joe saw thru this and said Hell No. By a 54 to 46 percentage vote. A eight point margin of victory. The opposition admitted defeat.

“We thank all those across our state who came together to support stronger, safer school buildings for the next generation,” Jim DeBoo wrote in a statement on Twitter. “Based on current vote totals, it appears Proposition 13 will fall short of the required 50% threshold. Nevertheless, safe and adequate facilities for California’s schoolchildren remain an urgent priority, and we recommit ourselves to meeting that challenge.”

The people have spoken. Let's hope this continues.